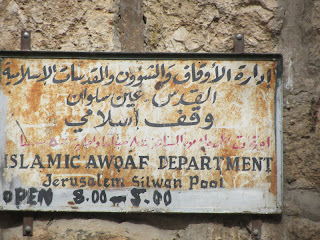 Today we took our students to "The City of David," which is the oldest part of Jerusalem.  Here is the day's highlights video montage:


I have written about it and described it in some detail here and here. There are also some pictures of its most famous attraction, Hezekiah's Tunnel, in the entry in which I took my niece around several sites right before Christmas.

Here are some pictures of today's visit to these sites:

After seeing a funky 3-D movies describing the history of the City of David, we went up to an overlook point where we could see the geography that defines Jerusalem. 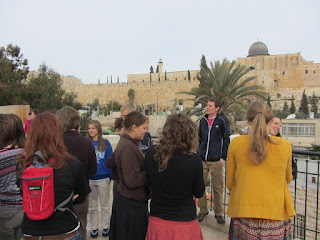 Next we walked through "Area G," the portion of the archaeological site where the possible palace of David and later noble and administrative buildings were located. 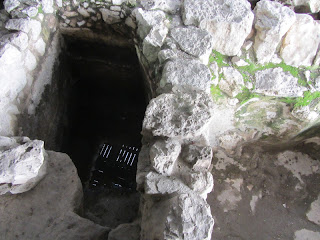 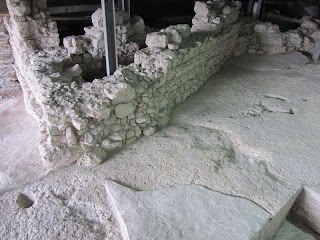 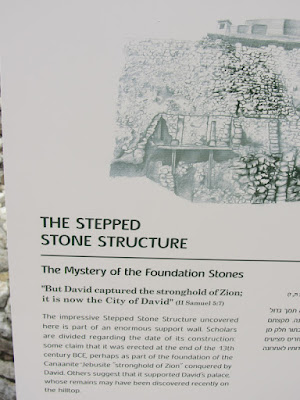 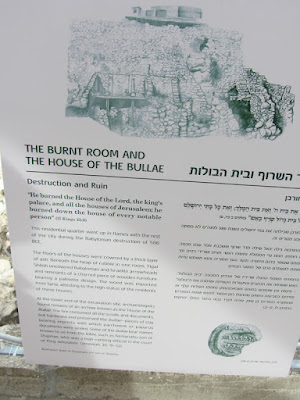 We stopped briefly at some tombs, that at one point were identified as possibly being those of David and Solomon, though that identification is uncertain. 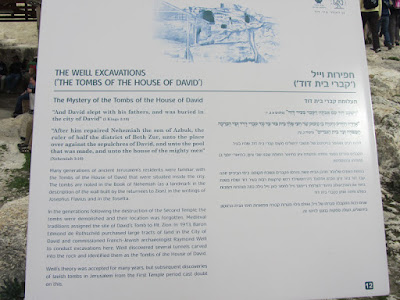 The highlight for most of the students, of course, was going through the famous tunnel that Hezekiah built to bring the water of the Gihon Spring safely within the walls of Jerusalem. 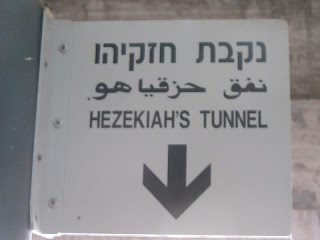 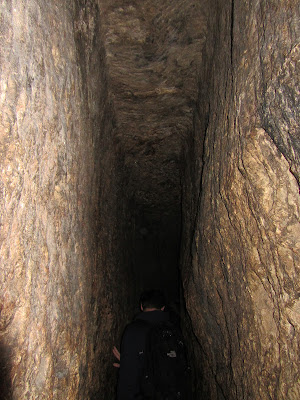 Hezekiah's Tunnel currently opens into a Byzantine reservoir identified as "the Pool of Siloam."  The actual, Second Temple period Pool of Siloam, where the man born blind was healed in John 9, was discovered fairly recently. 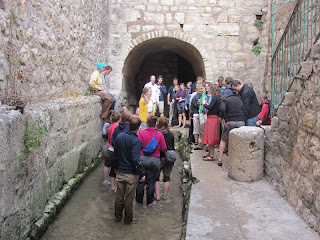 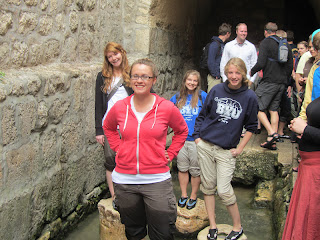 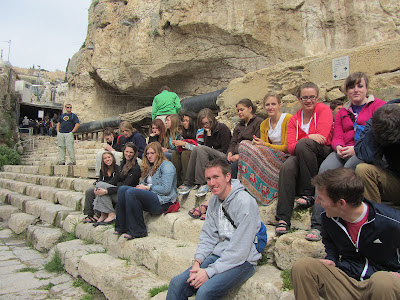 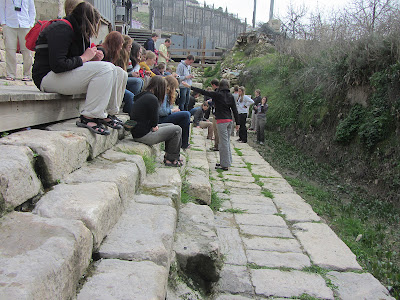 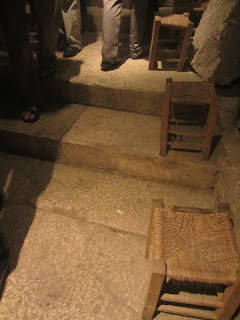