It is hard to believe that our three weeks with Mother and Lindsay is almost over.  They leave Thursday, but with our new students arriving tomorrow, today was the last day for a big outing. My friend Rick Elliott is here preparing for an organ concert that he is doing here at the Center this Sunday, and he joined us as we went to a few sites at Mount Zion and the  traveled on to En Kerem, the traditional site of Zacharias and Elisabeth's home west of Jerusalem.

In the poetry of parts of the Hebrew Bible, the poetic feature of parallelism sometimes associated the term "Mount Zion" with Mount Moriah or the Temple Mount.  When the Old Testament was translated into Greek and Latin, later Christians sometimes missed this poetic technique and assumed that Mount Zion was a geographical feature in addition to the Temple Mount, and in the Byzantine period this was located as the southern part of the Western Hill.  While this was within the Byzantine City, it was (and is) outside the later Turkish Walls, just south of the Armenian and Jewish Quarters. 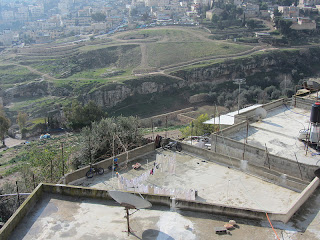 The first site that we visited was St. Peter in Gallicantu, a later church built on the site of an earlier Byzantine site that covered the site of a palatial residence from the Second Temple Period that early Christians associated with the Palace of Caiaphas.  Today's church thus commemorates Jesus' imprisonment and abuse as well as Peter's denial (hence the name, St. Peter "of the cock crow"; see my earlier blog post).  A great overlook next to the site gives good views of the Temple Mount from the south, as well as the City of David and the southern part of the Mount of Olives to the east, and the Hinnom Valley to the south. 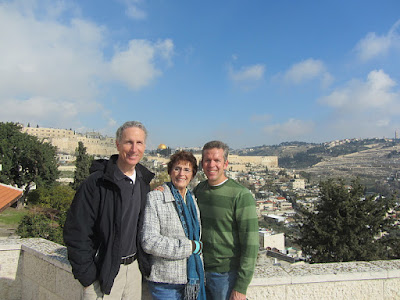 In the basement of the Church of St. Peter's in Gallicantu are the remains of rooms that early Christians believed were the places that Jesus was held and scourged by the Jewish guard.  There we read Mark 14:53-65.  Later, when we went behind and below the church, we looked at the first century steps that led up the hill from the lower city, steps that were very probably the ones up which Jesus was led after his arrest.  After looking at these, we sat among the exposed ruins behind the church and read Mark 14:66-72 and shared our feelings with each other about how important it is to stay true to our testimony of Christ and how we take comfort from how Peter went on after the denial to be so faithful and to become such a powerful servant of the Lord. 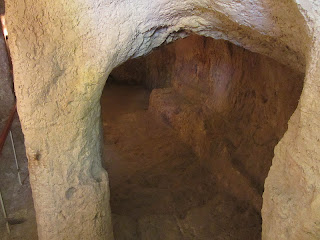 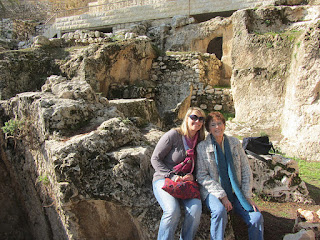 We then went to an area further up Mount Zion where we visited the Coenaculum, from Latin for "the dinner place."  This is where the Last Supper is commemorated.  There were too many tourists coming in and out to have much of a devotional, but I read from 1 Corinthians 11:23-28, the earliest account of the institution of the sacrament, and then Rick read the sacramental prayers from D&C 20:77, 79. 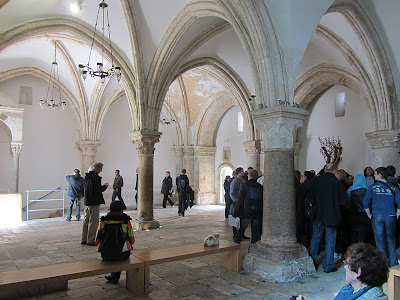 We also stopped in Dormitian Abbey, one of the traditional sites of the death of Mary, the mother of Jesus. 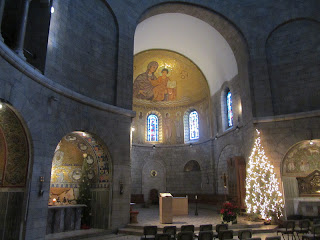 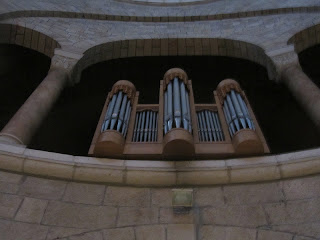 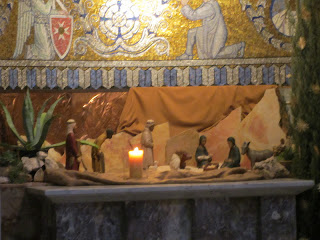 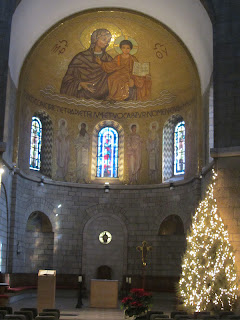 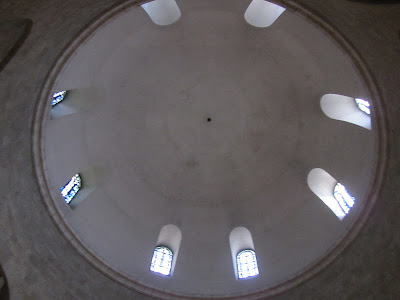 In the afternoon we drove out west of Jerusalem to En Kerem or "spring of the vineyard" (see my previous post).  With its terraced hillsides, which are very green and beautiful this time of the year, En Kerem is a wonderful example of "the hill country of Judah."  Here Mary's Spring commemorates where the Mary stopped after her trip from Nazareth.  Churches are also dedicated to The Visitation, the meeting of Mary and Elisabeth, and John the Baptist.  Unfortunately I had mistimed the visits a bit, so the churches themselves were closed, but we enjoyed the views and went ahead and took time for Mother and Linsday to read the words of Elisabeth and Mary in Luke 1:39-56, and I read the Benedictus from Luke 1:68-80. 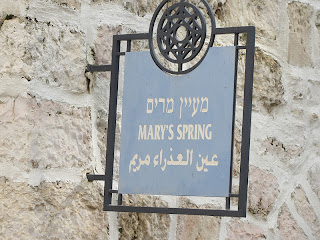 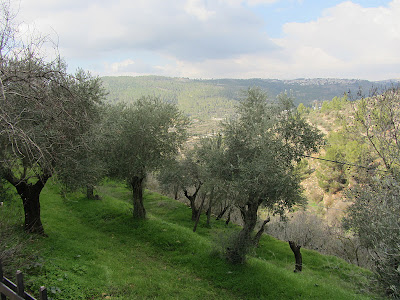