At 1:00 this afternoon, Steve Harper, Jared Ludlow, Joe Bentley, and I got on buses to go to the Ben Gurion Airport to pick up our new group of students.  Unlike last semester, when a flight cancellation resulted in the majority of our students getting stranded in Phoenix and then their arriving in small groups over the course of several days and 8 or 9 different flights, 82 or our 83 students arrived today without incident on the same flight.  In fact, they arrived almost an hour early!  The one who was bumped will arrive tomorrow.

Because some of the students' families and friends might be checking this blog, I am posting quite a few pictures as they arrived and got settled into the Jerusalem Center so their loved ones can see them.


Students when they first arrived late this afternoon 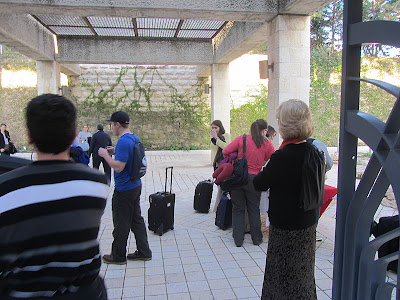 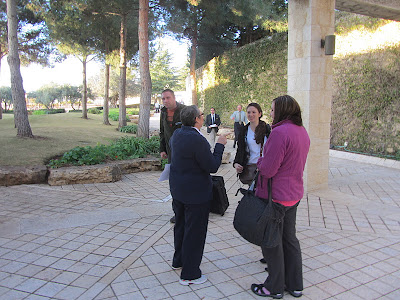 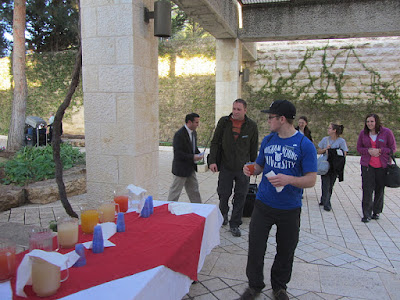 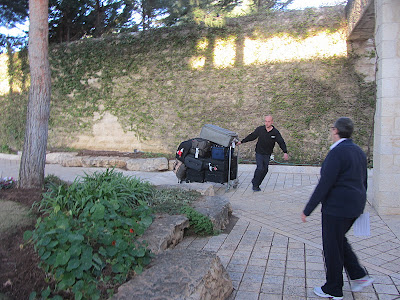 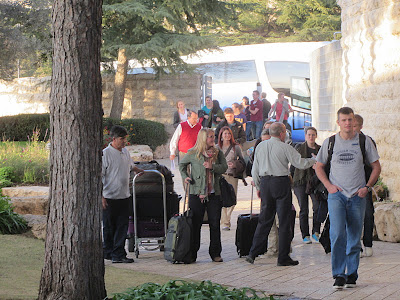 Because last semester's group arrived in so many shifts, we never had the formal first arrival and big orientation meeting that is usually traditional.  Today, however, after both buses were here, all the students went straight to the Upper Auditorium, where we sang a hymn, had a prayer, and heard from Kent Jackson, associate director, and Eran Hayet, director.  Richard Elliott, the visiting Tabernacle Organist then played a number on the center's organ. 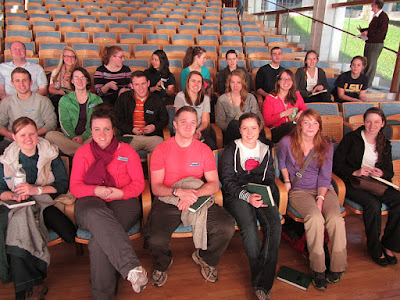 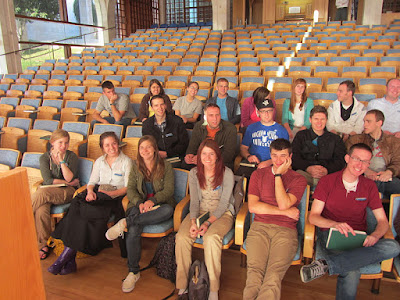 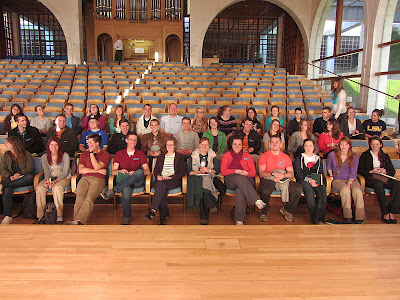 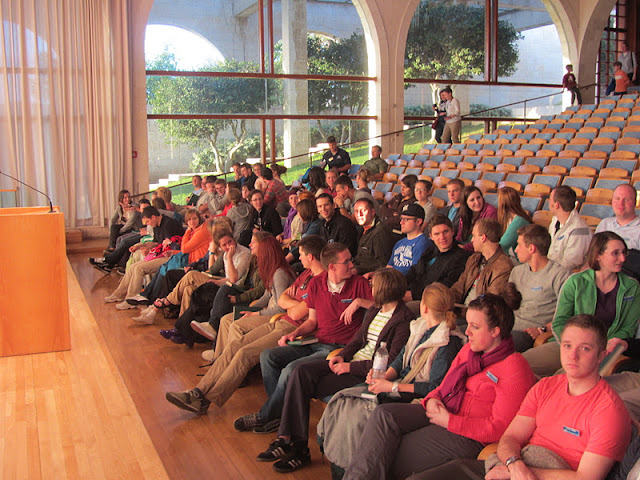 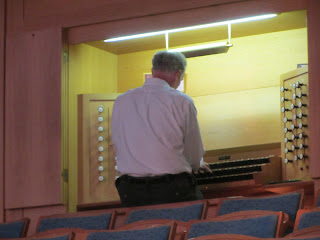 Afterwards the curtains, which had previously been drawn, were opened so that the students could see the Old City for the first time.  Beautiful as the sun set, the view was quite stunning. 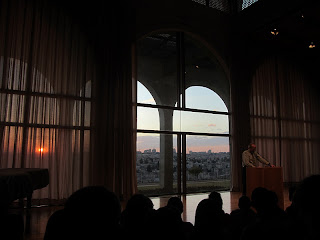 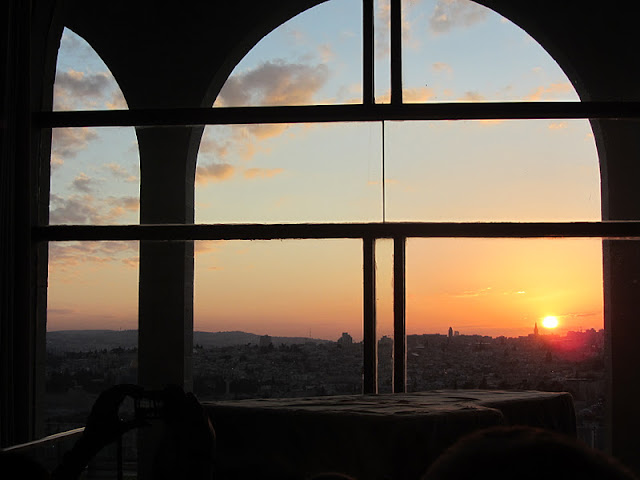 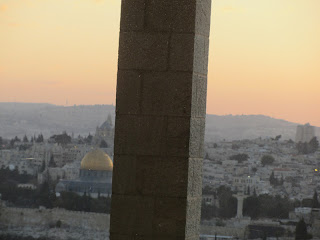 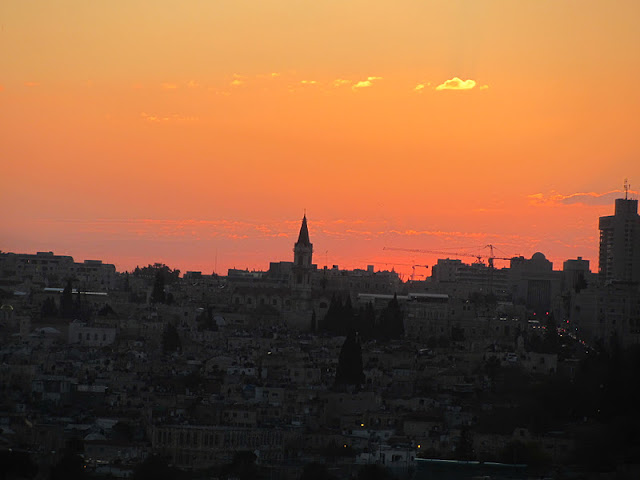 We then took the students in small groups on tours of the Center, after which they had their first meal in the Oasis cafeteria.  Later that evening we met our classes for the first time. 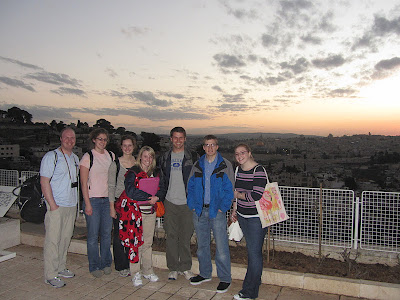 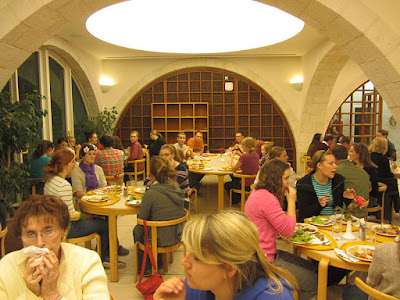 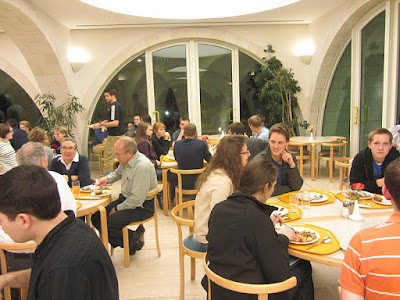