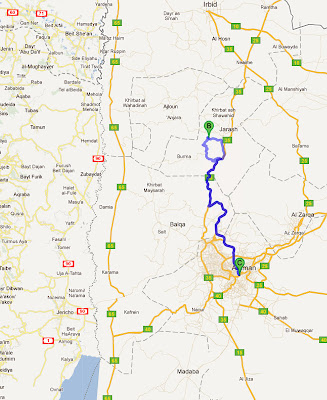 Our third day in Jordan began in the capital, Amman.  Amman was the ancient Rabbah-Ammon, the capital of the Ammonites.  It was refounded as Philadelphia, a Hellenistic city in the Intertestamenteal Period, and it continued as a Greek city into the New Testament period, when it was a member of the Decapolis.  It was a Christian city under the Byzantines and was later conquered by the Arabs,when it became Amman, an important regional center in the Ummayad Period.  In the early twentieth century it became the capital of the new Hashemite Kingdom of Jordan.

In Amman we started by exploring the Citadel, where remains from all the above periods can be found.  We then drove northward to Jerash, stopping at the Jabbok River, where Jacob wrestled with an angel in Genesis 32.  After lunch in Jerash, we spent the rest of the afternoon in its ancient ruins.  Returning to Amman, we visited the Royal Automobile Museum, which actually provided quite a good history of modern Jordan, and drove by the huge new King Hussein Mosque.

The Citadel of Amman 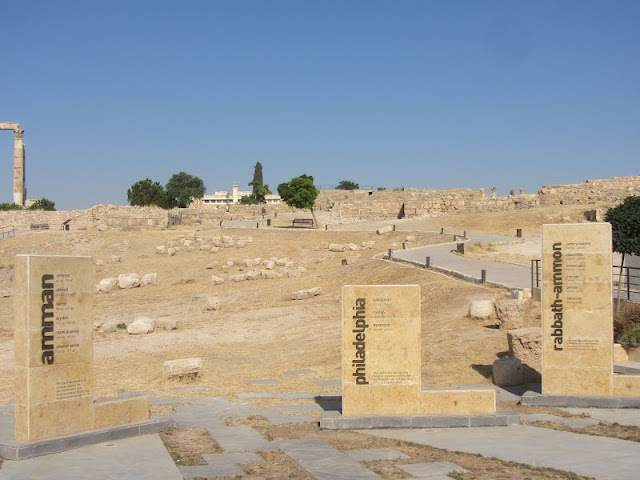 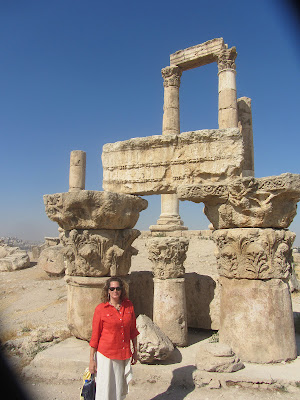 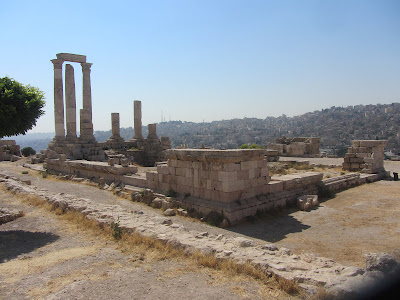 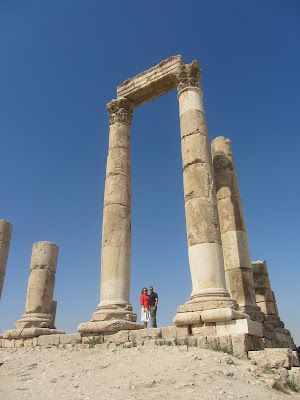 Here we held a devotional along the banks of the river where Jacob, returning to the Holy Land, wrestled with an angel and received promised blessings, including the new name of Israel.  We spoke of making and keeping covenants and the blessings that will come to us, sang, and prayed. 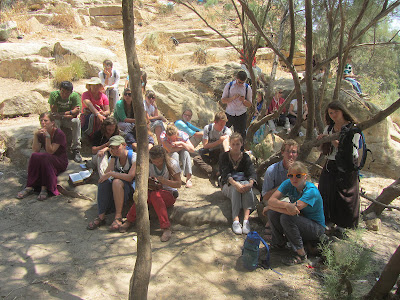 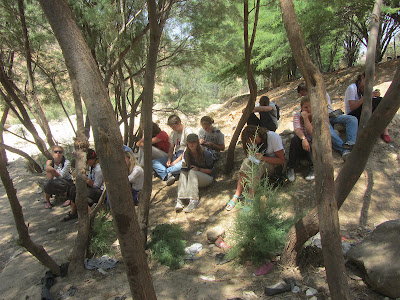 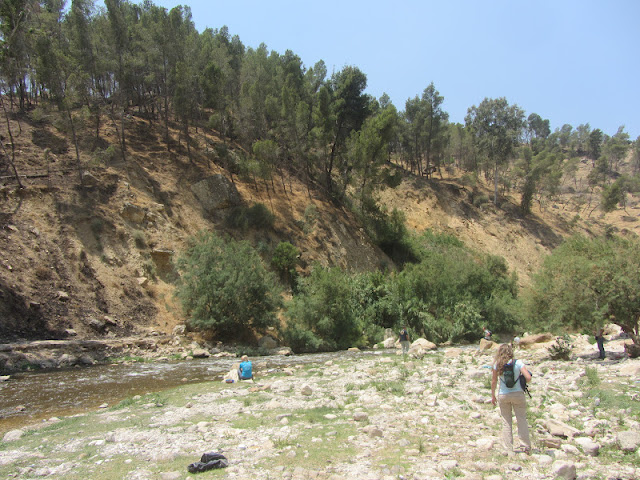 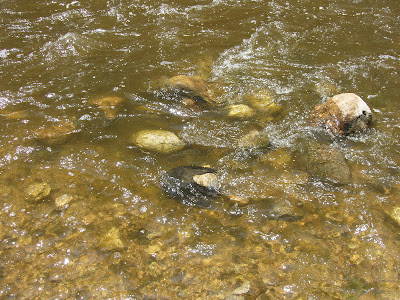 Jerash is kind of like a mini Ephesus, showing the pervasiveness and importance of Greco-Roman culture throughout so much of the Mediterranean.  Like Philadelphia, Jerash, known anciently as Gergasa, was a member of the Decapolis, the Greek league of cities on the border of Jewish areas in the New Testament period.

Games in the Hippodrome . . . in the ancient stadium, two of our guys raced with girls on their backs.  And I was pressed into racing one of the guides . . .


Blake and Dwight race with women on their backs! 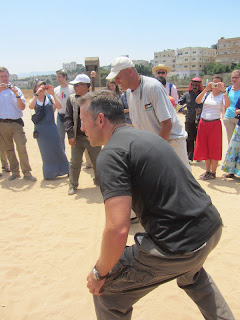 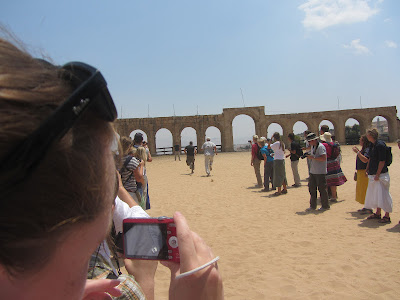 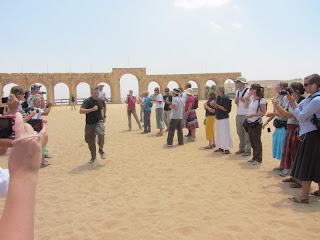