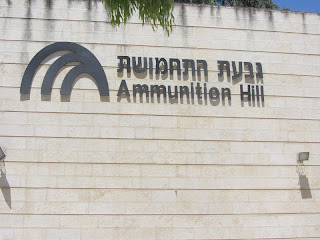 "Ammunition Hill" was a fortified weapons depository that the British built in Jerusalem just west of their Police Training School during the Mandatory Period.  The Jordanians seized both in 1948, so in the 1949 Armistice Agreements, both the school and the ammunition dump were left on the Jordanian side of divided Jerusalem.  They heavily fortified the hill with large and small bunkers, as well as a series of trenches looking towards Israeli positions to the north and west.

During the Six Days War in 1967, Ammunition Hill was the scene of terrible fighting between attacking Israeli paratroopers and Jordanian defenders.  Taking it and the nearby Police Academy allowed Israeli forces to link up with their enclave on Mount Scopus to the north and east of the city.  They then were able to take the Mount of Olives, completing their encirclement of the Old City, which they entered on the final day of the war. 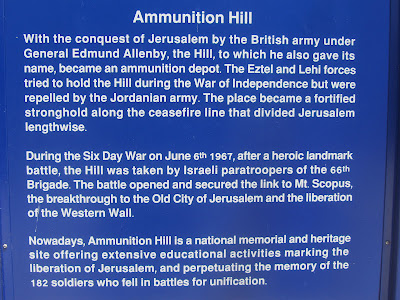 Most of the site is outdoors.  One can walk around, and in, the remains of the trenches that surrounded the site.  Some of the smaller bunkers are open, and a single 1967-era tank stands as a reminder of the battle that was fought here. 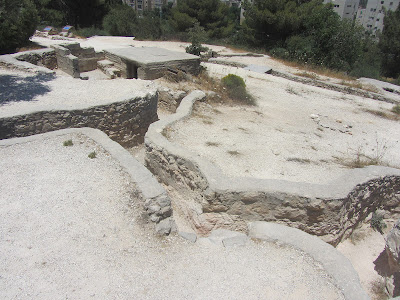 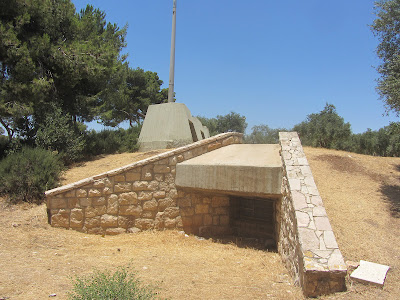 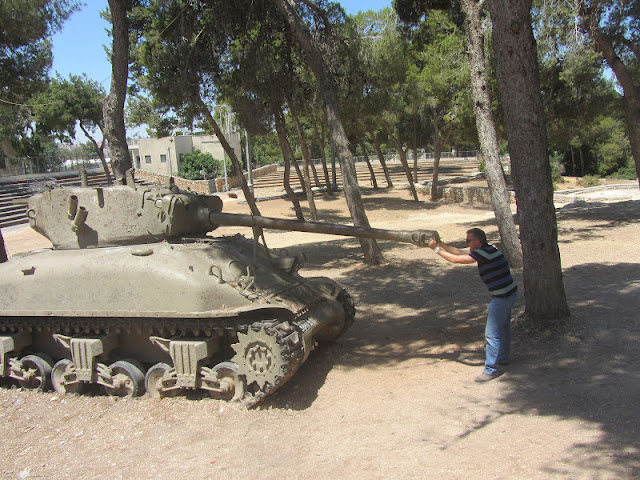 A memorial including 182 olive trees, one for each of the Israelis  who died taking the site, was inaugurated in 1975.  A museum was installed in one of the large renovated bunkers, which includes many interesting period photographs. 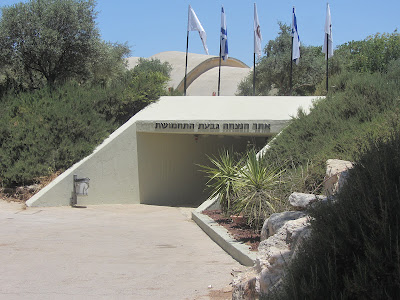 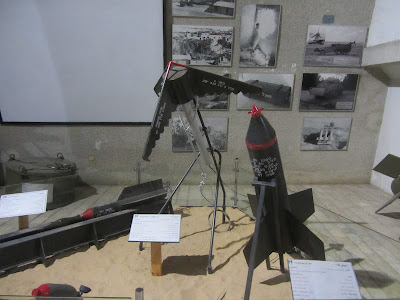 In a theater near the interest an interesting documentary film is shown in conjunction with a topographical model that lights up to illustrate different phases of the battle for Jerusalem. 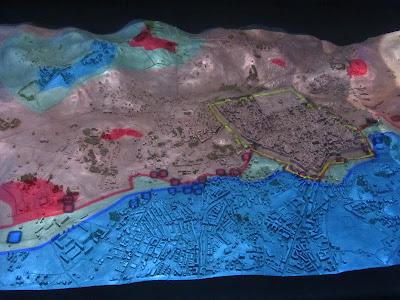 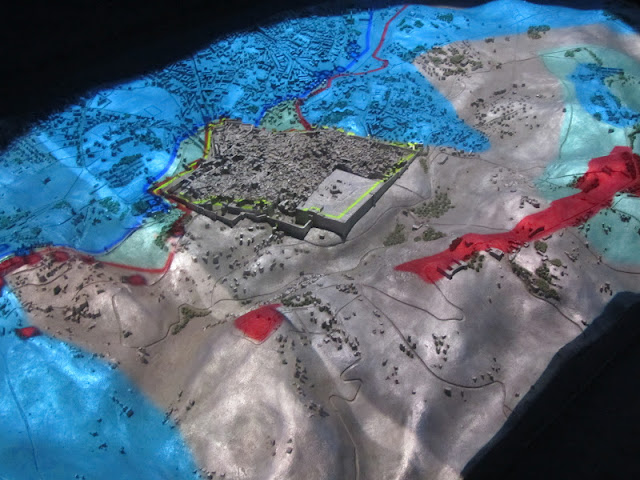 Although I understand the importance that this site holds for our Israeli friends and why a united Jerusalem is so important to them, I could not help but notice the absence of any reference to the 150-man Jordanian garrison that fought so valiantly trying to defend their positions and what they felt was their city.
Posted by Eric D. Huntsman at 4:21 AM