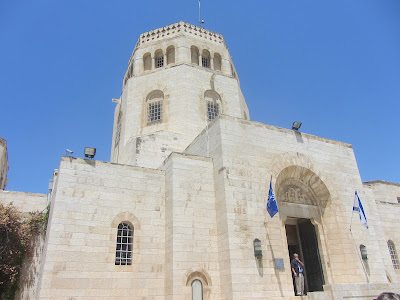 On the corner of Sultan Suleimavn and Al-Muqdasi Streets, just across the street from the northeastern corner tower of the Old City, known as "the Stork's Nest" is an impressive museum built under the British Mandate.  Originally the Palestine Archaeological Museum, it has since become known as the Rockefeller Museum because it was built largely with a generous donation from the Rockefeller family.

A large, imposing stone structure, it is a familiar site overlooking the Qidron Valley towards the Mount of Olives and Mount Scopus.  I have seen it almost every day I have been in Jerusalem and frequently walk by it on my way to and from the Old City or to the Arab neighborhoods of East Jerusalem just north of the city walls.  But I have never visited it.

So Elaine and I took the part of a day, drove as close as we could, parked on the street, and then walked to the museum, where we spent several hours examining the collection of artifacts that were gathered from all over Palestine in the Mandatory period (1920-1948). 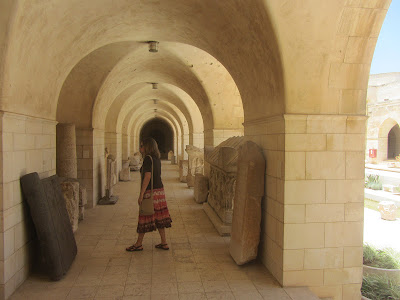 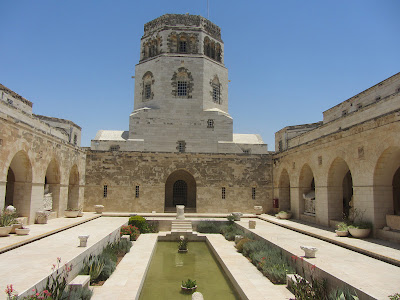 By today's museum standards, the displays are dated and not real well organized.  But the venerable museum has a good collection, and the building itself is an important site.  It reminded me of the constantly changing history of this city---occupied in succession by the British, then the Jordanians, and then the Israelis.  During the Six Days War in 1967, the museum with its fortress-like stone central tower was an early objective of Israeli paratroopers as they penetrated and, block-by-block,m seized East Jerusalem north of the Old City.  For a couple of days, they used the museum as a fortress, facing off against Jordanian troops ensconced on the Old City Walls just across the street. 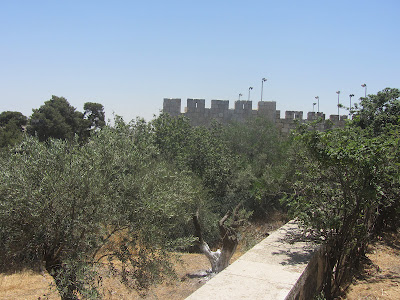 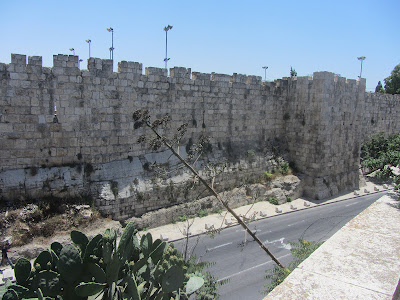 After we finished our visit to the museum, I used its high overlooks to get some pictures of the city walls (we were almost on a level with the top of them from this site) and across the Qidron to the Mount of Olives and Mount Scopus, which included a great view of the BYU Center.