The Jordan River and the Dead Sea

On December 31, we used our hotel in Jericho for our visits to important sites at the Dead Sea and finally on the Jordan River that feeds into it. We then drove up to Jerusalem for a brief visit to the olive wood shop, though our real visits to Jerusalem still lay ahead. 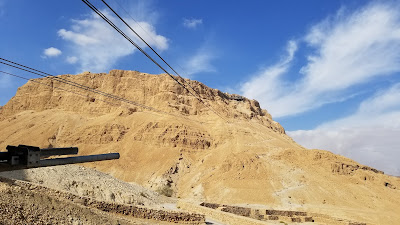 As we drove from Jericho down to Masada on the west side of the Dead Sea, Grant Belnap gave quite a nice devotional on the bus, after which we sang “He Sent His Son.” After the long drive, we arrived at the visitors center, watched the cheesy historical video, a then took the tram up to the top of the plateau, where Herod had built a virtually impregnable fortress and two palaces in the middle of the Judean desert. 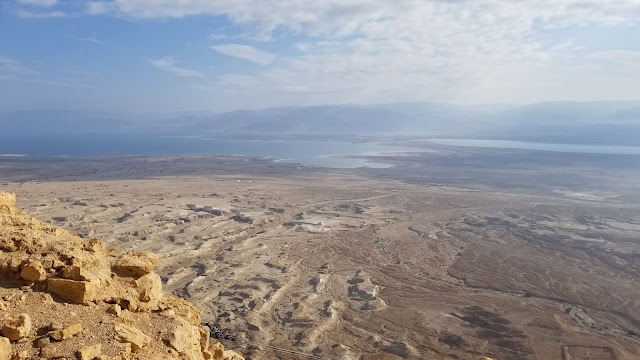 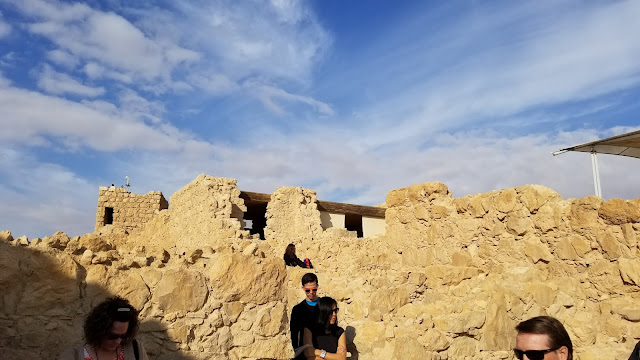 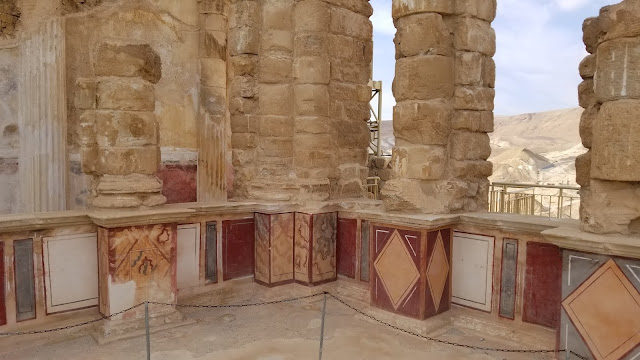 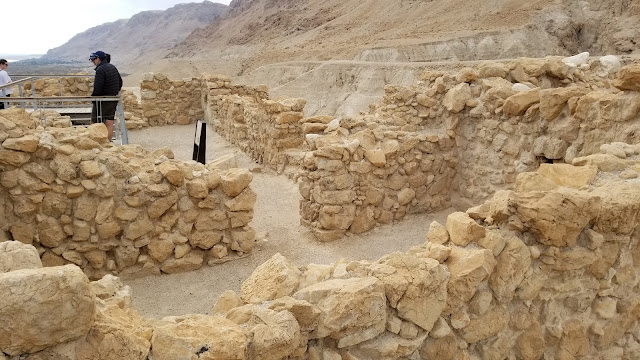 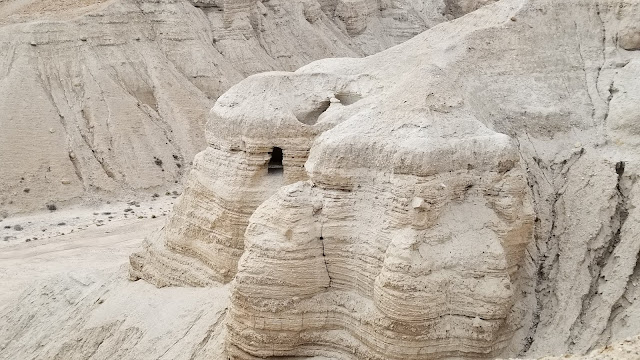 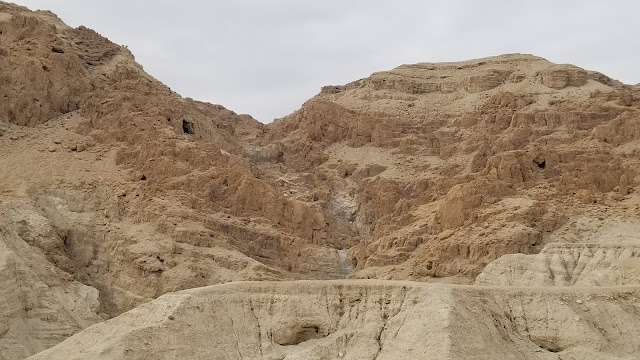 We ended our day by driving to Qasr al-Yahud, the Israeli-controlled Palestinian side of the traditional baptismal site (an older site is maintained by Jordan on the east side of the river).

We had a very special devotional at or near the place of Jesus' baptism. I talked about Joshua and Elijah before moving to the baptism of Jesus, reading from Mark 1 and Matthew 3 and then bringing in 2 Nephi 31. We sang the children’s song baptism, after which I offered a prayer 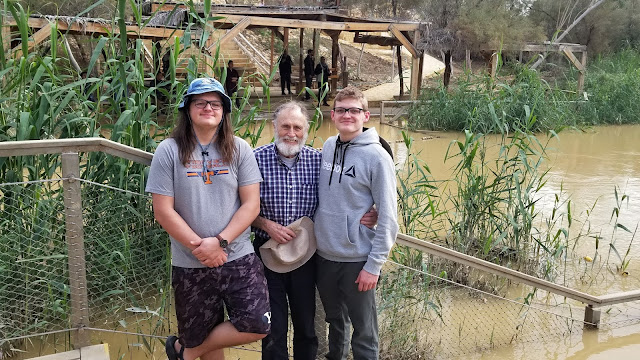 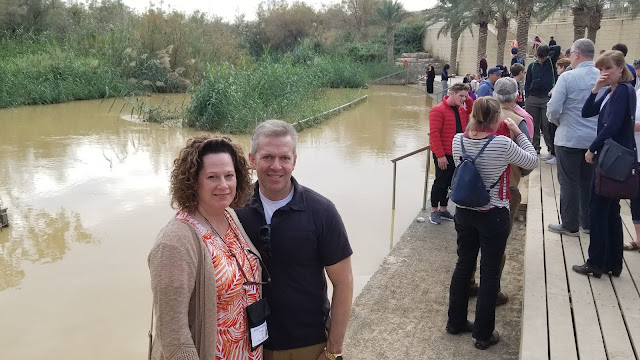 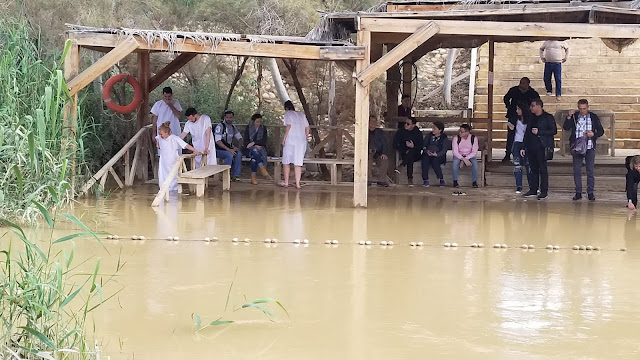 We next took a swimming---or better, "floating"---break at the Dead Sea, which is the lowest place on earth. The water is so saline that one easily floats. 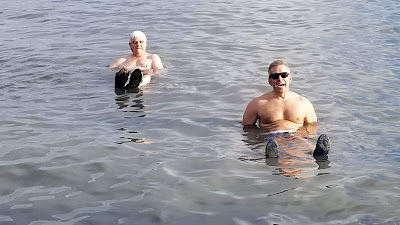 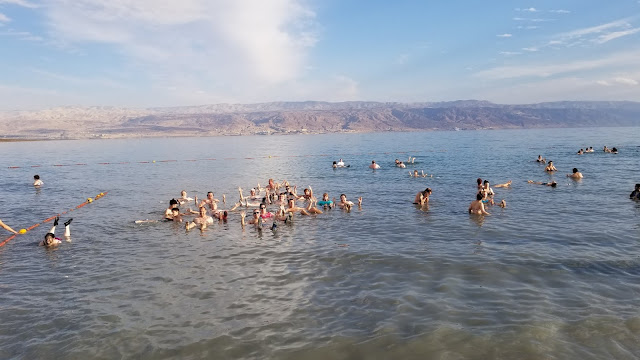 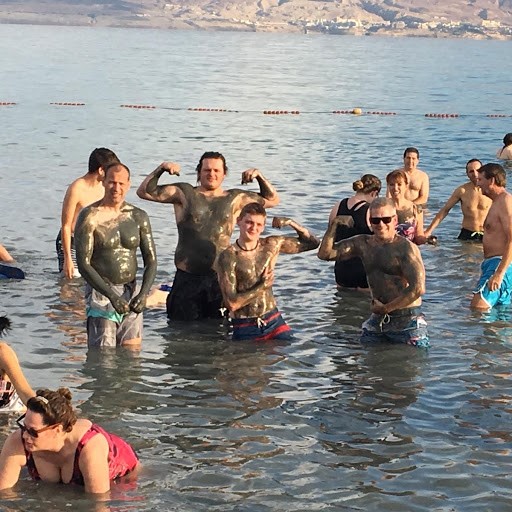 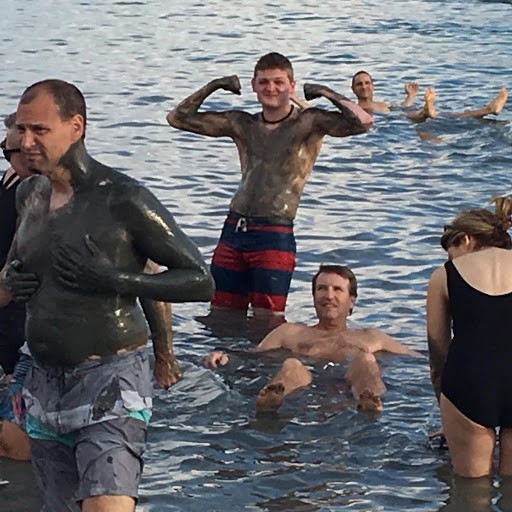 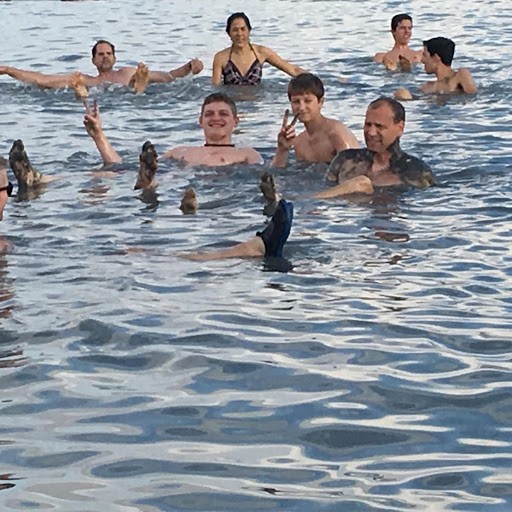 We ended our day by a trip to Jimmy's olive wood shop in East Jerusalem. This quick trip was our first "visit" to Jerusalem, although we did not stop to see any historical site at that time. I played the Tabernacle Choir's version of "The Holy City" as we dove up to Jerusalem and through the tunnel in Mount Scopus, which have us our first views of the BYU Jerusalem Center, the Dome of the Rock, and some of the Old City. The couple of pictures I took through the bus windows are not particularly good but might remind some of our group of the excitement of those first views of Jerusalem. 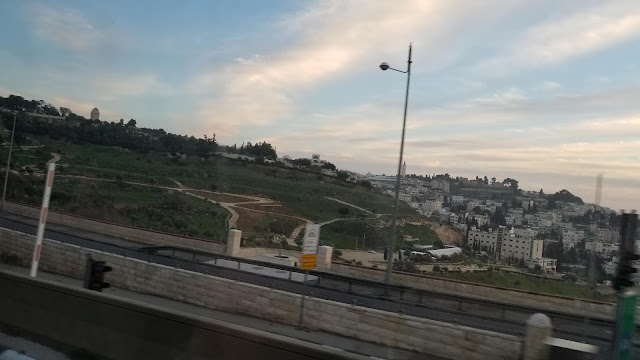 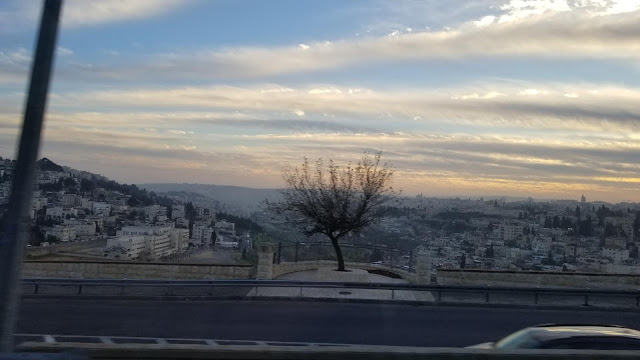