Christmas in the Holy Land without Missing Christmas!

On December 26, 2018, Elaine and I flew out of Salt Lake City on the first leg of our trip to Tel Aviv, where we met 27 travelers on a Cruise Lady Holy Land tour.  I usually take these groups in April or May, but this was a chance to take a group between Western Christmas, December 26, and Eastern Christmas, January 6. 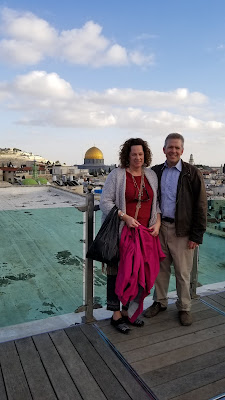 Elaine had not been back to Israel and Palestine since our return from Jerusalem in 2012. In view of my pending two-year assignment as the academic director of the BYU Jerusalem Center in 2020-22, this trip was a chance to get her "feet back on the ground" in the Holy Land.

I have been back three other times leading Cruise Lady Tours and once on a university assignment, but I always love getting back to "my other home."

After changing planes in New York City and flying through the night, we arrived in Tel Aviv late in the afternoon on December 27 and caught a cab to the Grand Beach Hotel (because of the busy season, the hotels where we usually stay were, as often as not, already full). The first our our group we met were Doug and Heidi Cole in the lobby. After checking in to our room, we met a few more--Gary Thompson and his brother-in-law Rick Willie and the Jennings and Wright families--at dinner. We then had our orientation meeting in a conference room, where we met the others: the Belnap family, the Muirs, Steve Nelson and his grandsons CJ and Logan, and the Strongs. 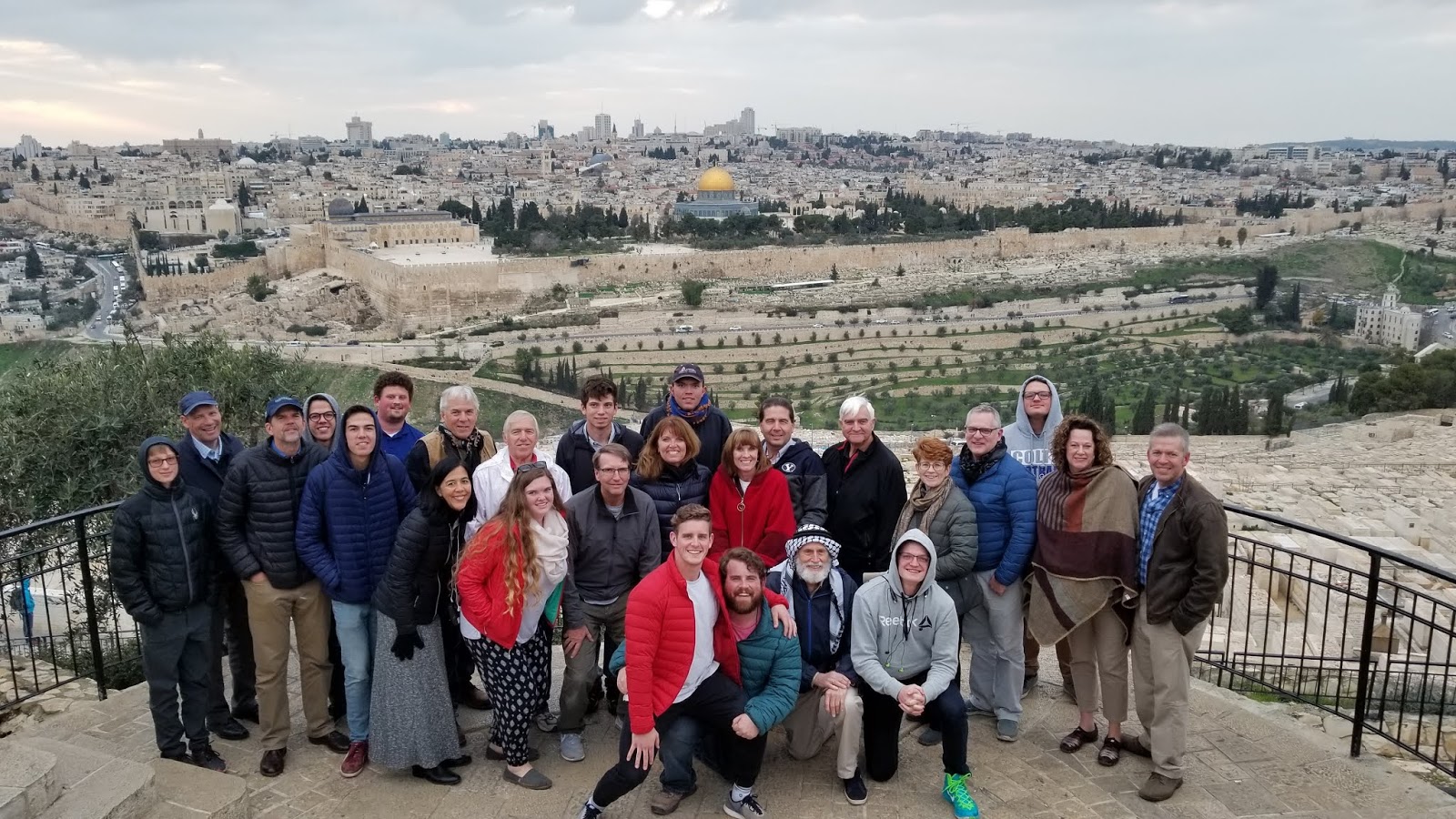 In Tel Aviv we met our group, some of whom had already spent 4 days in Jordan. It was a small group, including couples of a various ages and several families. Because of its size, we were able to get to know our fellow-travelers well, and it was one of my most enjoyable trips. 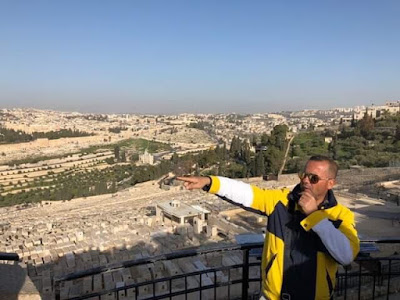 The experience was even better because of our great local guide, Salah Siyam, from the Abu Tor neighborhood in Jerusalem. We worked well togehter and he quickly became a good friend.
Posted by Eric D. Huntsman at 12:02 PM