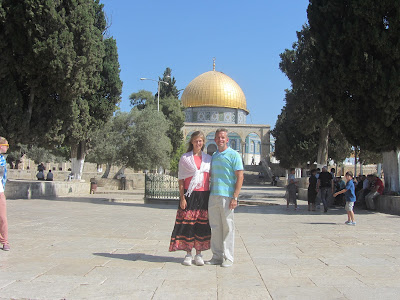 While for Christians the center of Jerusalem is the Church of the Holy Sepulchre and/or the Garden Tomb, for Jews and Muslims the most sacred spot of this city is Har haBáyit (the Mount of "the House"), which the Muslims call the al-Haram ash-Sharīf (the "Noble Sanctuary).  For Latter-day Saints, who have a particular connection to the idea of temples, the Temple Mount may have an even stronger draw than it might for some other Christians.

Because of a state of technical ritual impurity, and lest non-priestly individuals step into the forbidden area of the Holy of Holies (the exact location of which is uncertain), most observant Jews will not go up onto the Mount.  As a result, their most sacred functioning spot is the Western Wall below the Mount. 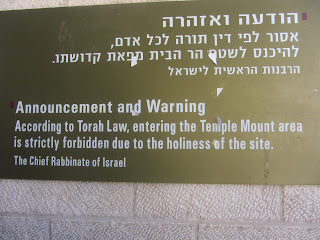 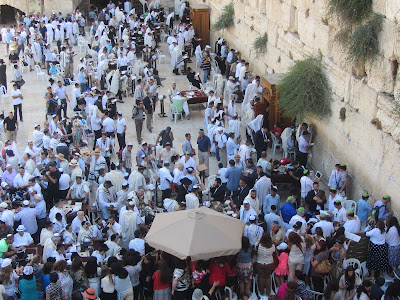 I tend to refer to the Mount by its Arabic name, the Haram, because is is currently a Muslim sacred site, indeed the third most sacred in the world after only Mecca and Medina.  With the exception of a brief period under the Crusaders, Christians generally neglected the Temple Mount. 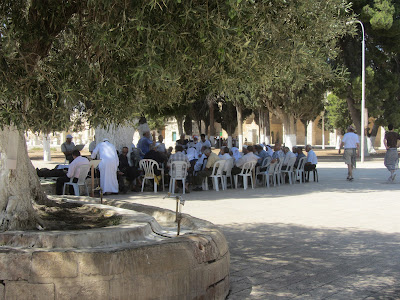 But the Muslims have treated it with great respect, traditionally seeing it as the site of "the farthest sanctuary"mentioned in the Qur'an (the Al-Aqsa Mosque) and venerating the rock under the Dome of the Rock as the place from which the prophet Muhammad began his night journey or mystical ascent into heaven.  I am always stirred by the obvious devotion of the Muslims who frequent this site, not only at prayer time and especially on Fridays when thousands gather here, but also at other times when small groups gather to study Qur'an or pay private devotions.


While I have brought Elaine on to the Haram before (see the pictures and discussion in my Monday of Holy Week post), Rachel had not been here before.  So Thursday morning we hurried down so that we could have a couple of hours before the Haram closed for non-Muslims because of Ramadan. 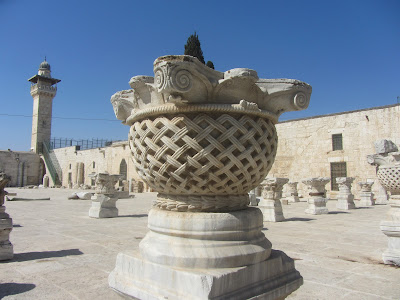 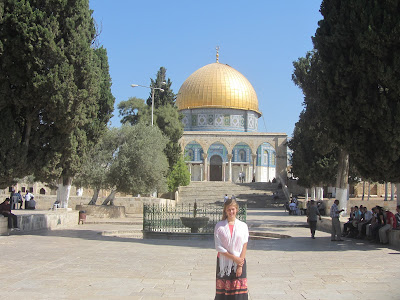 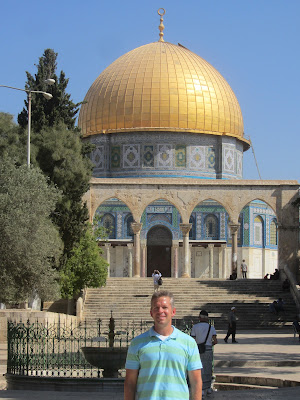 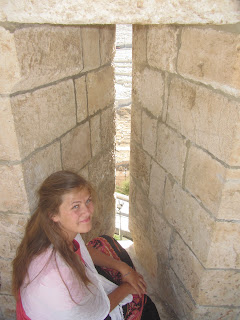 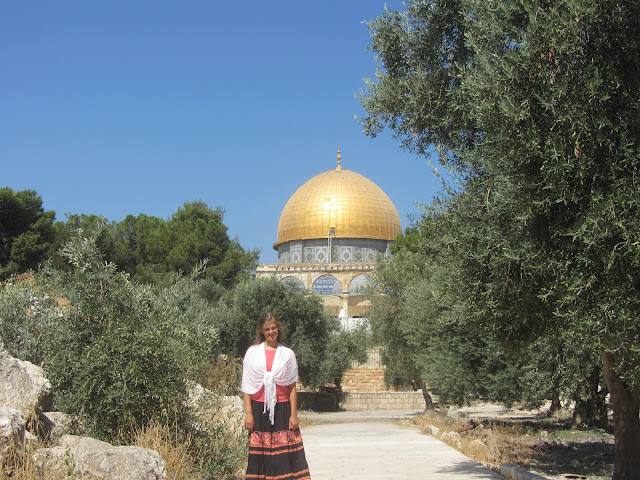 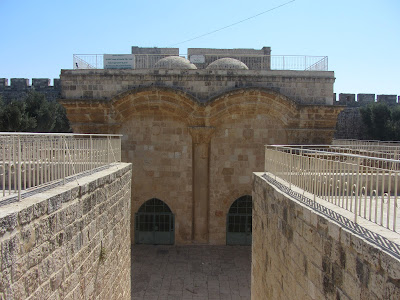 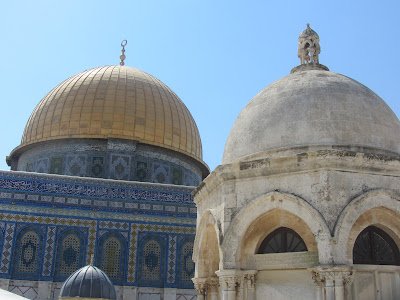 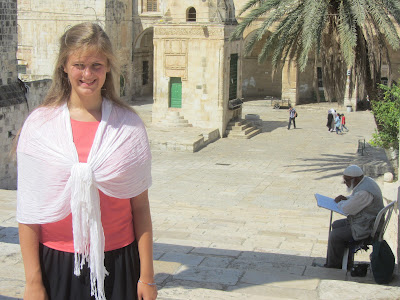 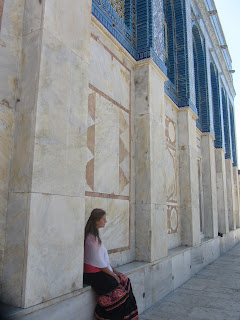 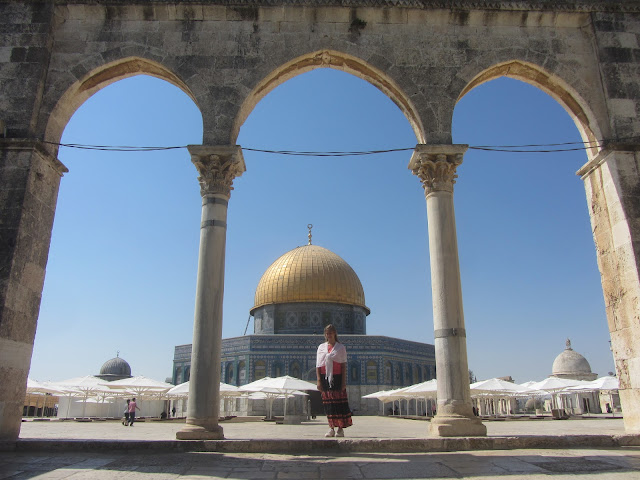 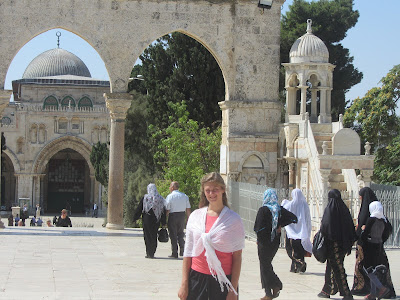 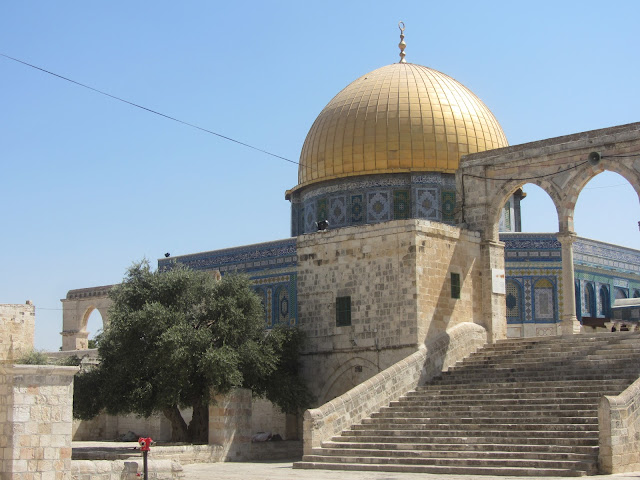