After teaching my last class at the Jerusalem Center Wednesday morning, I packed up my family and drove them to the coast for our last visit to the beach.  I did not take any pictures on this outing: memories of the sun and waves of the Mediterranean will need to be enough. 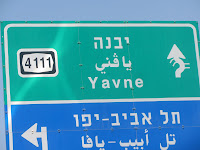 But before we drove back to Jerusalem, my family indulged me in a rather long detour.  I have wanted to see Yavne for a while.  Anciently it was known as Jamnia, and after Herod's death, it passed to the control of his sister, Salome, and from her directly to the emperors as a private estate.  The odd status of this town and its hinterland accounts for the vital role it played towards the end of the Jewish Revolt of A.D. 66-72.  While Jerusalem and its temple were completely destroyed in A.D. 70, Jamnia, firmly in the control of Rome, stayed intact. 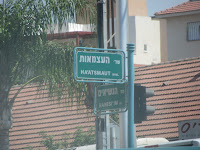 Important rabbinic figures, notably Yohanan ben Zakkai, received permission from Vespasian to gather here and reconstitute the remnants of the Sanhedrin.  While many scholars now dispute that a so-called Council of Yavne was held here to set the Jewish canon, it is clear that the legal school that did exist here was instrumental in "restructuring" Judaism after the fall of the Temple and the end of the sacrificial system.


So with that in mind, I drove us to,  through, and around modern Yavne.  The city is virtually all new, but as chance had it,  as we drove about we came upon an old thirteenth century Mamluk shrine that has been venerated since 1948 as the grave of Gamaliel II, the successor of Yohanan ben Zakkai.  As a leading Tannaitic sage, this Gamaliel (the grandson of the famous Gamaliel of Acts 5:34) ruled that prayer and acts of loving kindness could replace the lost sacrifices and rituals of the temple. 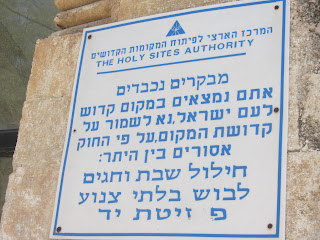 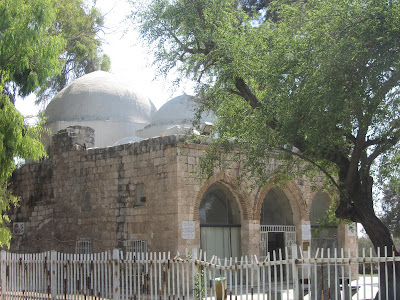 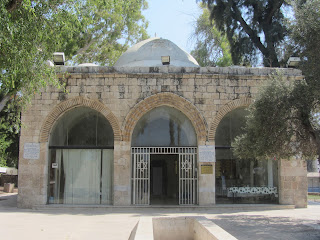 While the shrine I found was originally built as the tomb of Abu Hurairah, one of the companions of the prophet Muhammad, it does not change the fact that Gamaliel II lived and was buried somewhere near here.  And it was just fun to see street signs named after him and neighborhoods named after Ben Zakkai! 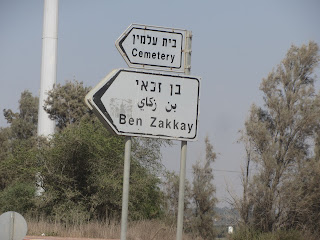