A Morning of Marys; an Aternate Gethsemane 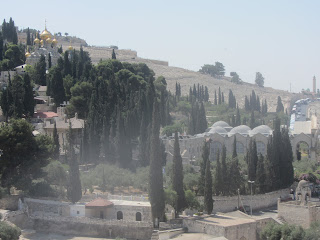 Rachel and I have been trying to squeeze in as much as we can before we leave, even if it is only through a quick outing for an hour or two here or there.  For instance, Tuesday after I taught my class, we left the JC from the lower gate and hurried down to Gethsemane at the base of the Mount of Olives.

Right above the Basilica of the Agony is a lovely Russian Orthodox church dedicated to Mary Magdalene.  Its golden onion domes are a landmark on the Mount of Olives, but it is only open for visitors on Tuesday and Thursday mornings. 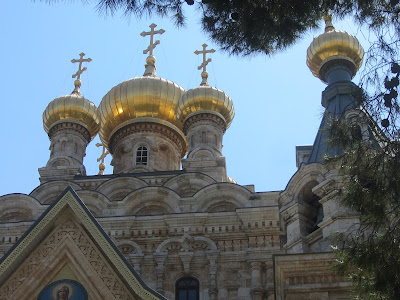 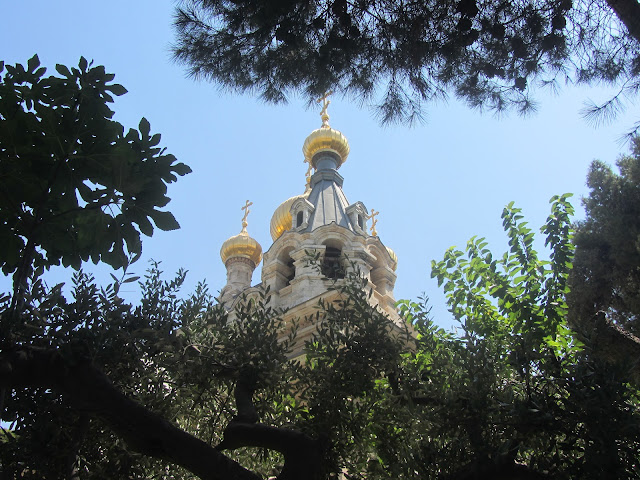 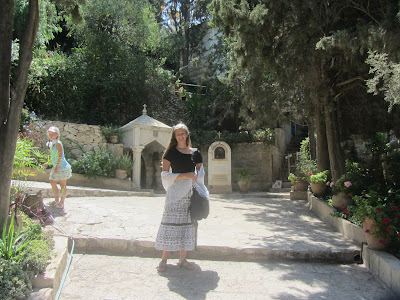 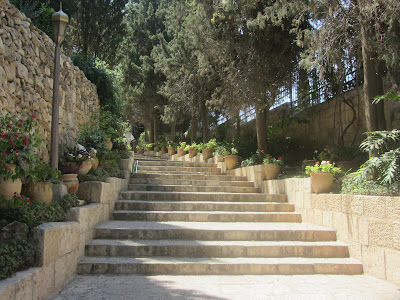 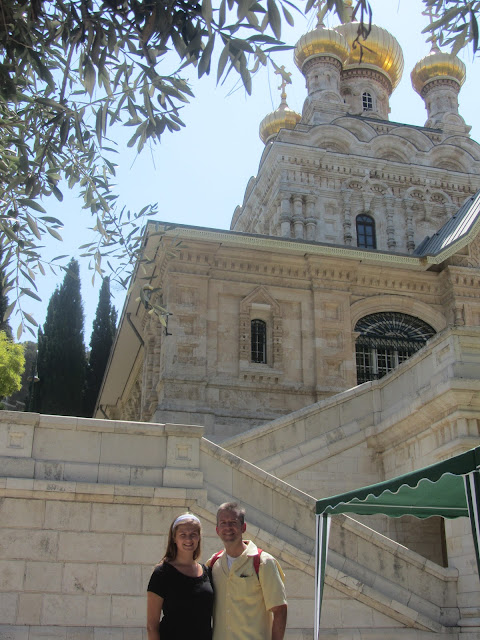 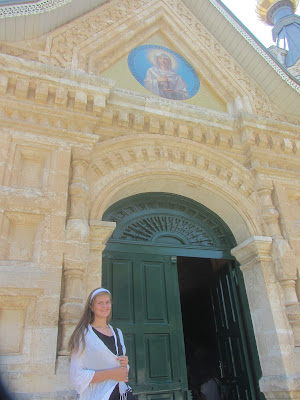 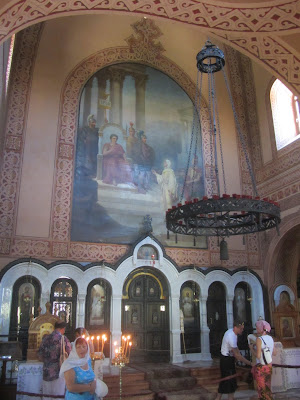 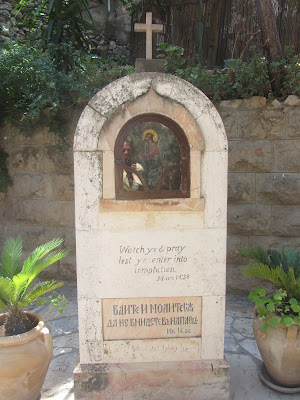 The grounds of the Church of Mary Magdalene provided some stunning views, and pictures, of the Dome of the Rock across the valley 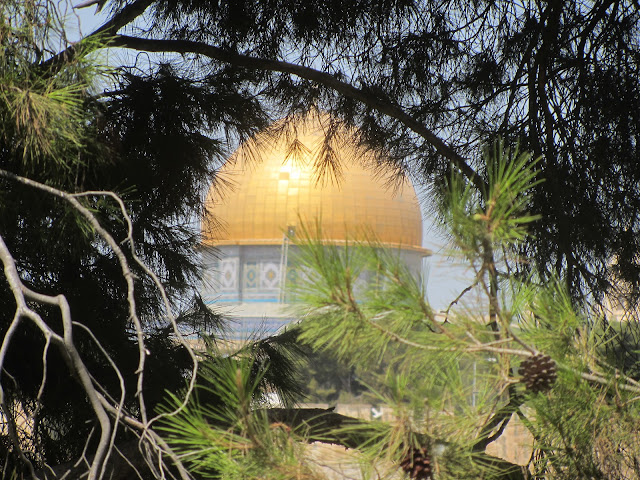 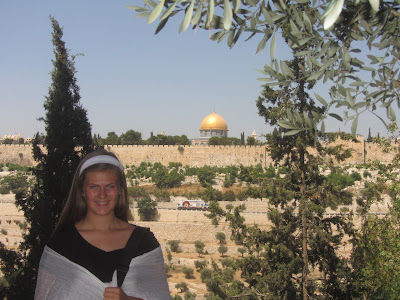 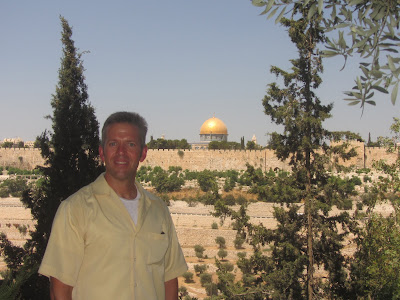 Tomb of the Virgin Mary 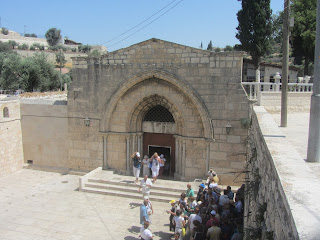 We then went to the Tomb of the Virgin Mary.  This ancient Christian shrine in the Qidron Valley is a strong contender, opposed to the claims of the House of Mary outside of Ephesus in Turkey.  The original church here was destroyed in the Persian invasion of A.D. 614.  Muslims left the crypt untouched, because they respected it as the tomb of the prophet Isa (their name for Jesus).  The Crusaders built a church here, which was destroyed by Saladin, who once again left the crypt itself untouched.

The current structure, which lies almost wholly underground, was later rebuilt by the Franciscans, though it has been controlled by the Greek Orthodox since 1757. 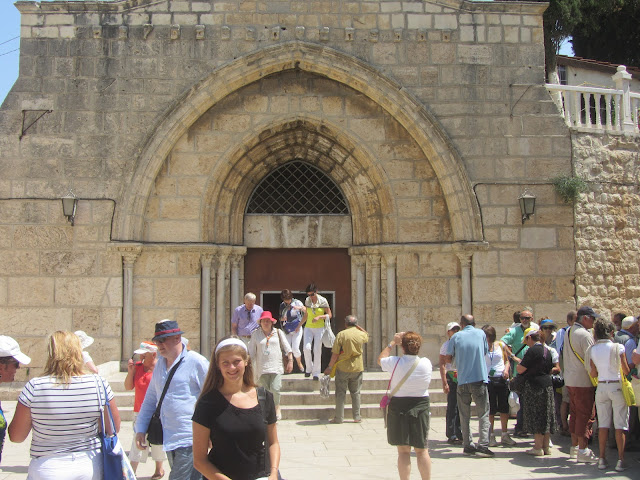 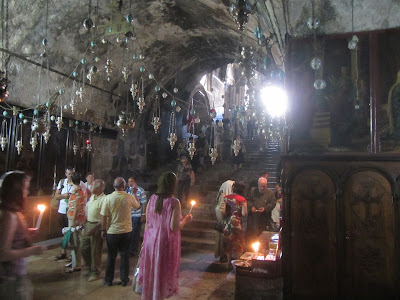 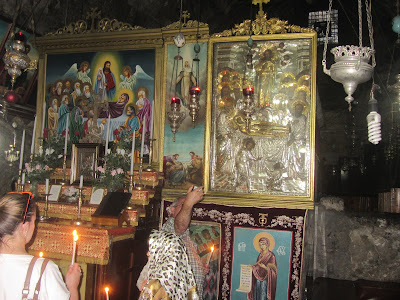 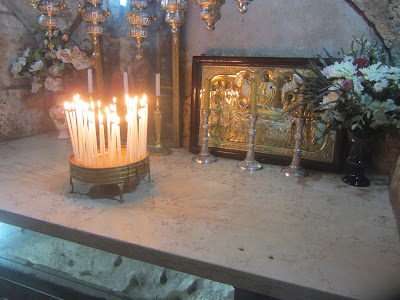 Many Latter-day Saint pilgrims, and those of many other denominations, make sure that they visit "the Garden of Gethsemane" when they come to Jerusalem. Today that usually is taken to be the old (but not biblically old) olive trees around the Basilica of the Agony.  That church contains a stone under its altar reputed to be where Jesus prayed the terribly night before his crucifixion.

But another, older tradition placed Jesus' prayer and suffering to a cave in the immediate vicinity.  This grotto was later revealed by archaeologists to have contained an actual olive press (Gethsemane means "place of the olive press."  Hence it is possible that olives from trees in this area may have been brought here to be pressed.  While the popular image of Jesus praying on a rock under a tree persist in our minds, it is also possible that he retired to a cave for privacy that difficult night. 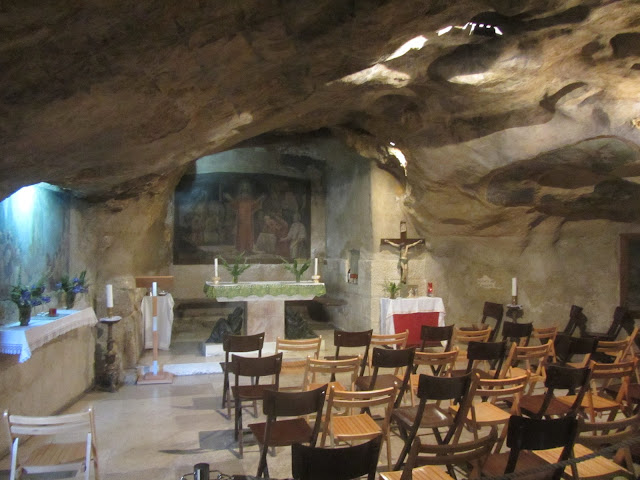 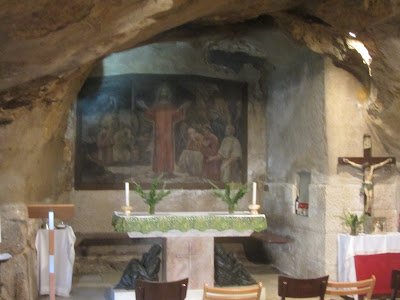 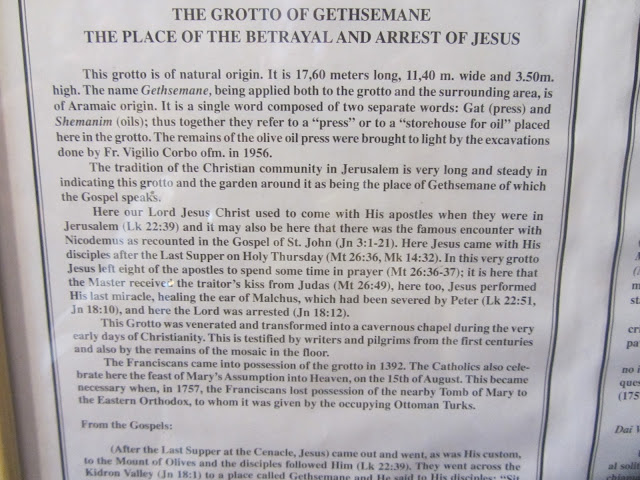 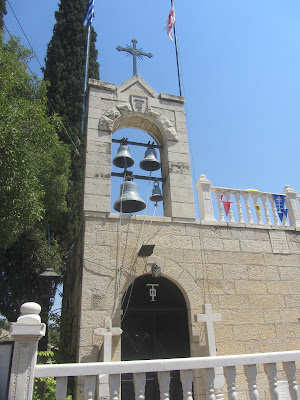 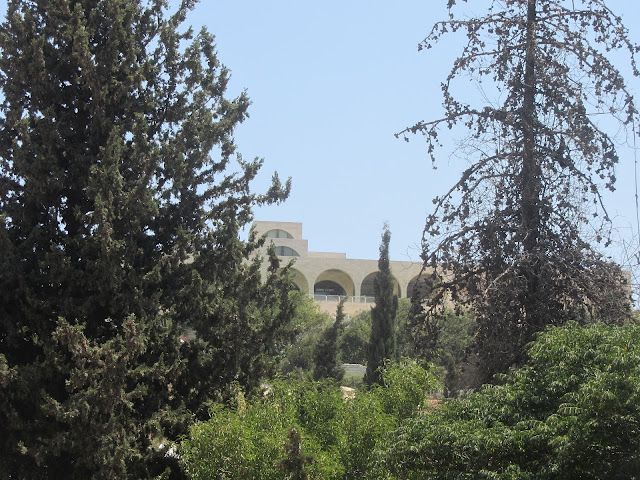 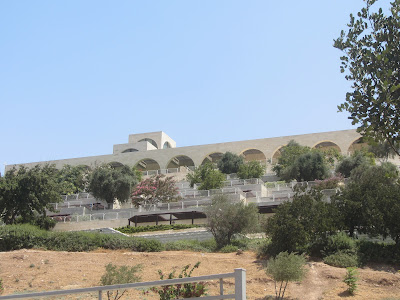 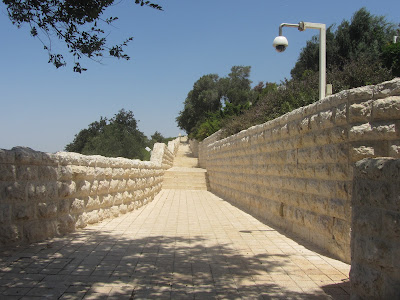 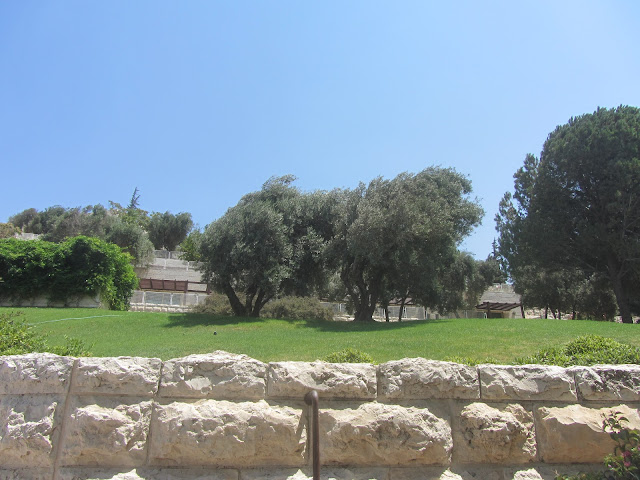