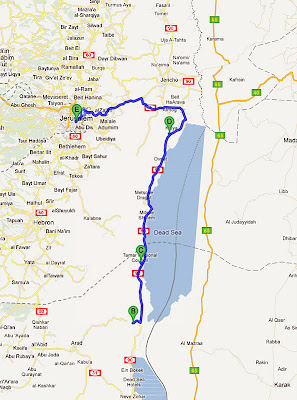 Today (12/4/11) was out last full-day, bus field trip of  the semester.  First we drove to Masada, the site of the Jewish zealots' (in)famous last stand.  We then went to the Dead Sea to experience floating in the saltiest body of water on the earth.  After that we hiked up the wadi at En Gedi, an oasis in the Judean Wilderness where David spared Saul's life before we went to Qumran, where there was a community of Jewish ascetics who seem to be responsible for the Dead Sea Scrolls. 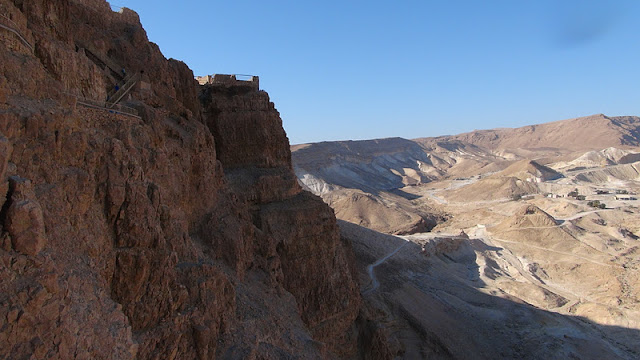 The name Masada comes from an Aramaic word meaning "fortress." It is a free-standing plateau near the Dead Sea whose site is nearly impregnable.  The Hasmonean Jewish king Alexander Jannaeus (103-76 B.C.) first fortified the plateau.  Later during the civil wars that Herod the Great fought against one of the last Hasmoneans, he left his family there while he went to Rome, seeking the Senate's support for his bid for the kingship.  Later after Herod was firmly established as the ruled of the Jews, he not only further fortified the site, he also built two luxurious palaces there.

After Judea became a province after A.D. 6, a small Roman garrison held Masada.  But during the Jewish Revolt of A.D. 66-72, it was occupied by the most violent and extreme revolutionary party known as the Sicarii, from the Latin sicarius for "dagger man."  After the fall of Rome in A.D. 70, Masada was soon the last Jewish holdout.  The Romans besieged the site, building a massive earthen ramp on the western side to bring their siege engines up against the walls of Masada.  According to the historian Josephus, when the defenders realized that the Romans were about to break through, they made a terrible choice to commit mass suicide rather than be captured by the Romans.

After touring the northern palace and many of the other sites on Masada, I met with our students in the room that had been converted by the rebels into a synagogue (Herod had not bothered to build a synagogue for his own use).  There we talked about the story Josephus' related, discussing courage and freedom but also how precious life was.  It ended up to be a good discussion, and, to my surprise, a couple that had been listening as we spoke told us how much they enjoyed what they had heard. 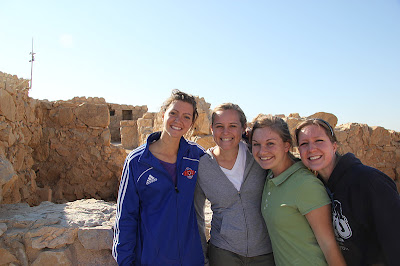 After Masada, we took a break to let the students swim---better, float---in the Dead Sea.  Not only is the Dead Sea the lowest spot on earth, it is the saltiest, most mineral-laden body of water on the planet.  As a result one floats unusually in the Dead Sea. 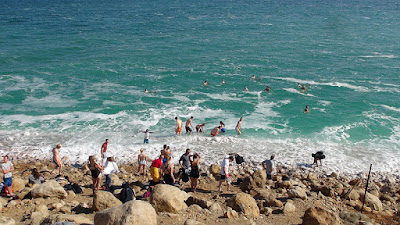 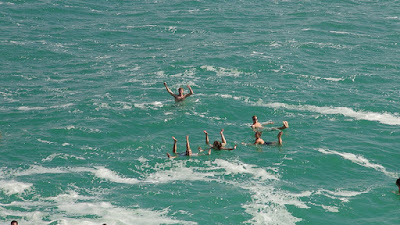 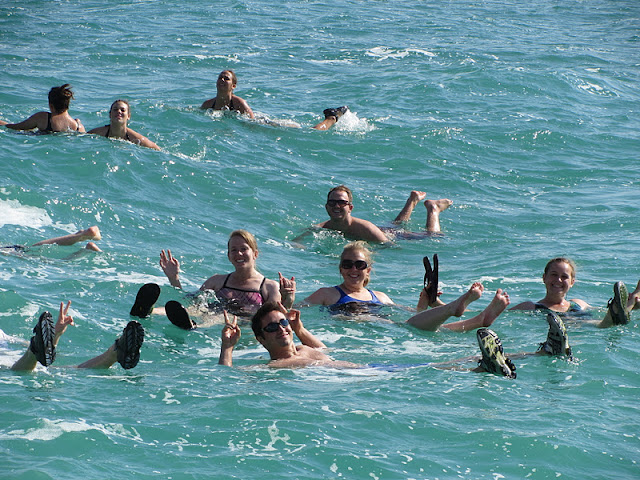 En Gedi consists of two deep wadis fed by perennial springs, Nahal David and Nahal Arugot.  The David spring has over the centuries carved a deep canyon where David once confronted King Saul (see 1 Samuel 23-24).  The hike up Nahal David reveals beautiful water falls and rich vegetation, which is all the more striking because it is an oasis in the desolate, dry landscape of the Judean Wilderness. 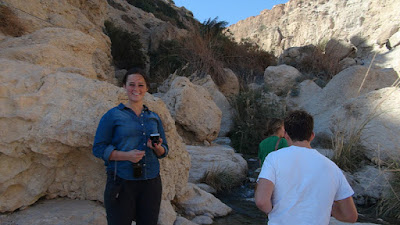 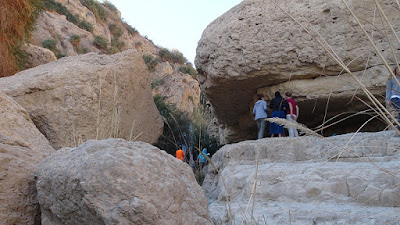 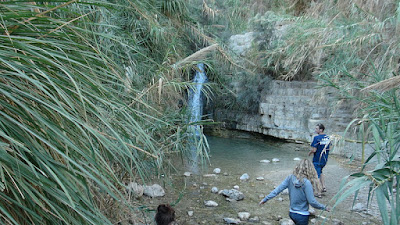 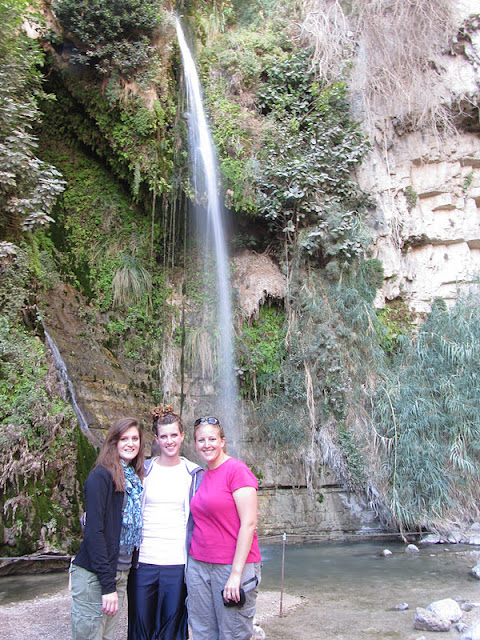 Our final stop was Qumran, an intriguing settlement of ascetic Jews---sometimes described as "monastic"---who lived in a communal society.  Apparently they withdrew from the larger Jewish society during the Hasmonean period because they felt that the establishment and temple priesthood was corrupt.  Although much is still unknown about the details of their origins and many aspects of their community, what is known is that they left caves full of scrolls containing all manner of religious texts---early versions of the Hebrew scriptures, apocryphal literature, and sectarian documents (such as the Rule of the Community). 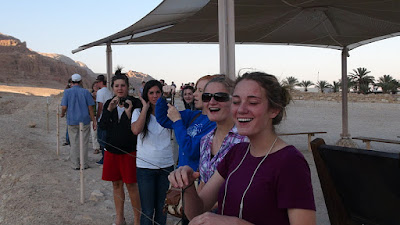 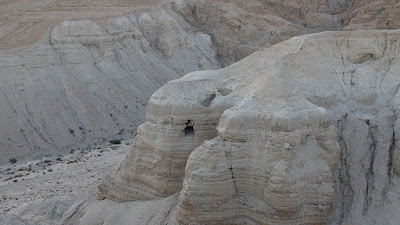 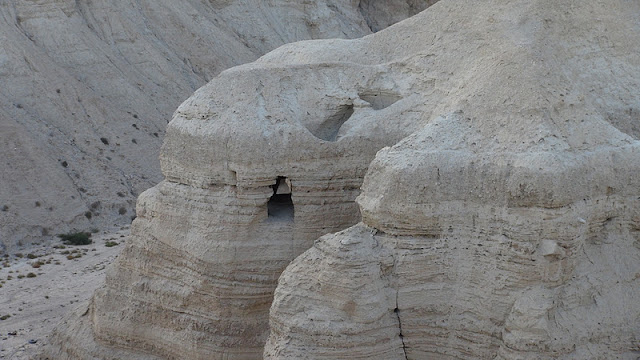