After church services today, the Jerusalem Branch held a Christmas dinner and party for its "permanent" members (BYU students eat their own meals in the cafeteria later in these circumstances).  Families provided most of the dishes, which were supplemented by two large turkeys. 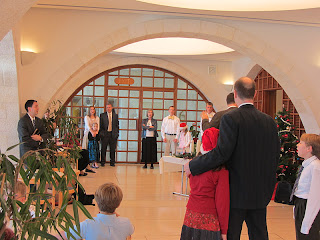 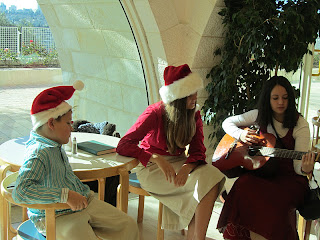 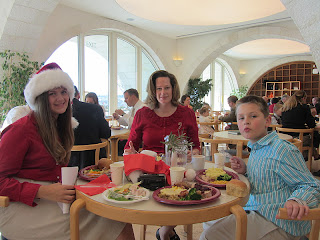 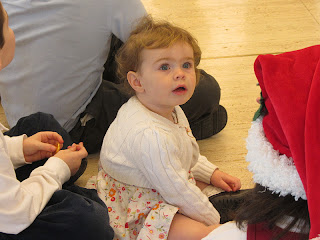 After eating and singing carols, we had a visit from the Three Wise Men.  Sadly, our friends Andy and Janet Skinner have just left for the States.  If Andy were here, I am sure he would have called us "The Three Wise Guys."  We talked to the children of the branch about seeking Jesus in our own lives and described the symbolism of the gifts of gold, frankincense, and myrrh.  One of the little boys---his name was Samuel---brought his Dad to the edge of tears when he raised his hand in connection with the priestly gift of frankincense.  He said that Jesus was our priest because he prayed for us. 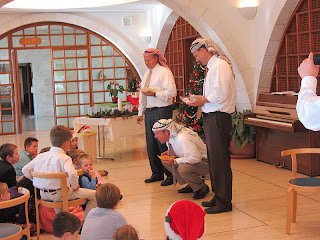 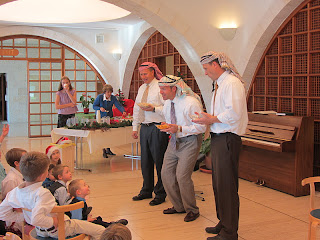 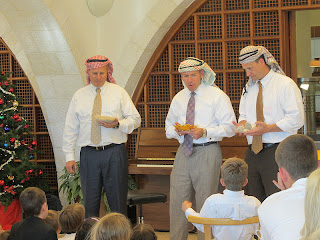 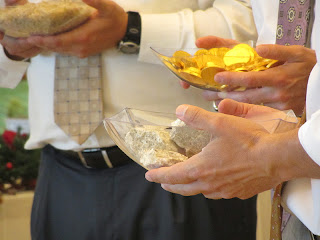 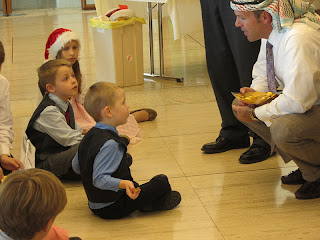