After along drive southward along the Dead Sea, we arrived at the visitors center of Masada, watched the cheesy historical video, a then took the tram up to the top of the plateau, where Herod had built a virtually impregnable fortress and two palaces in the middle of the Judean desert. 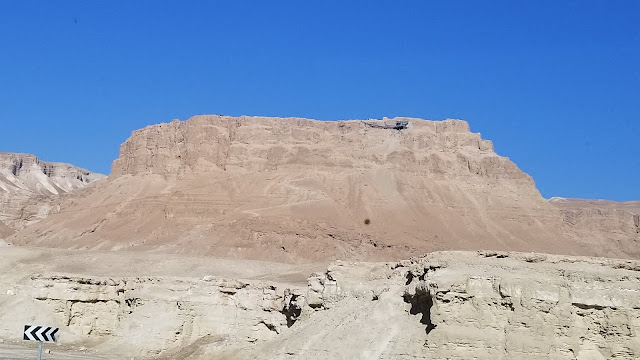 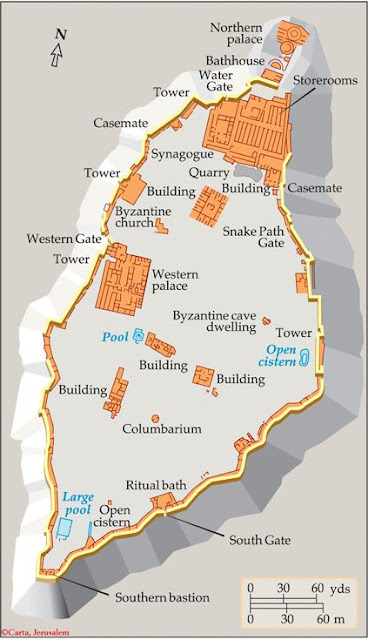 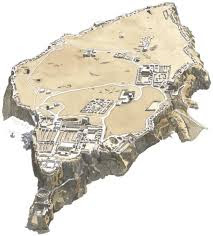 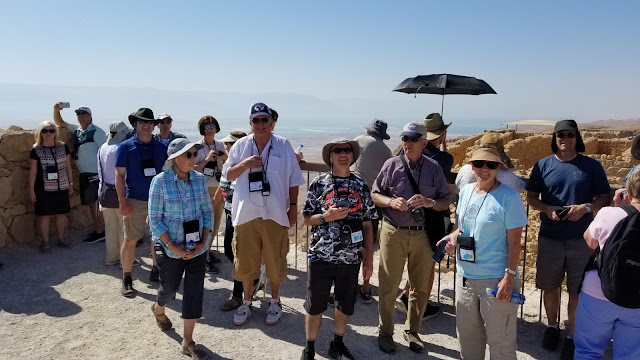 Originally the site of a Hasmonean fortress, Herod greatly expanded it after he had been forced to leave his family there in 39 B.C. while he went to Rome to gain recognition. He never wanted them, or himself, to need to stay in anything less than luxurious accommodations! 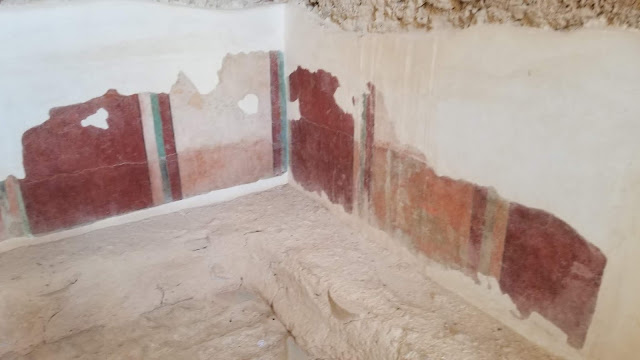 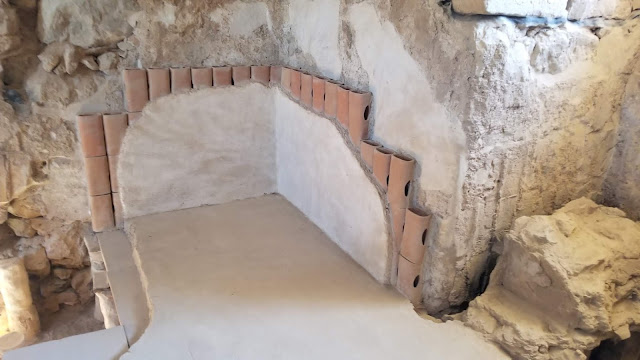 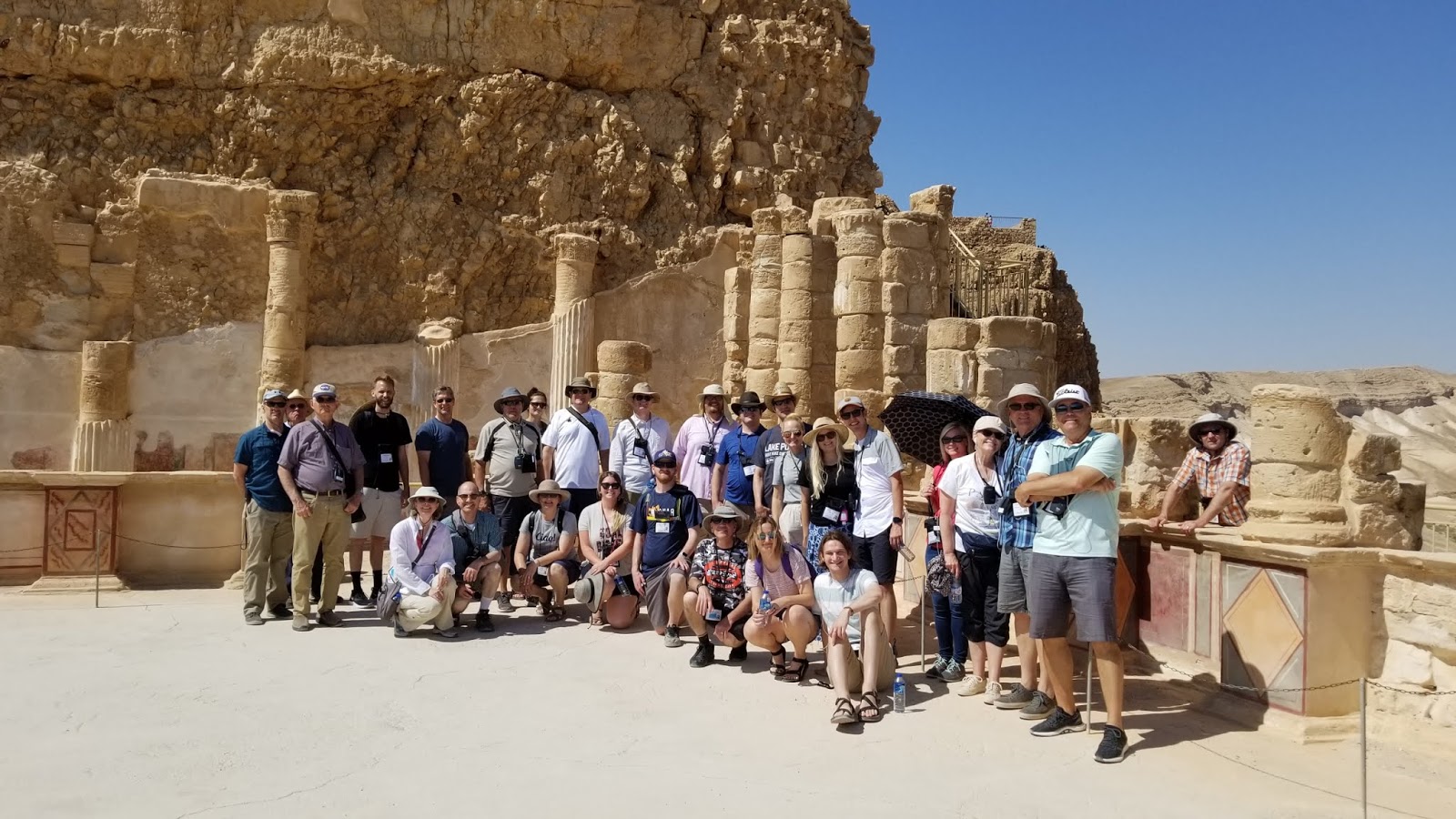 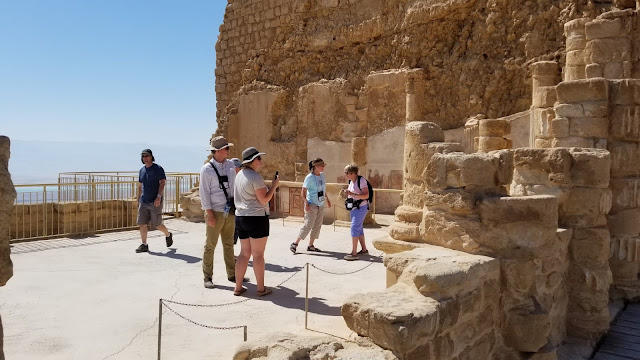 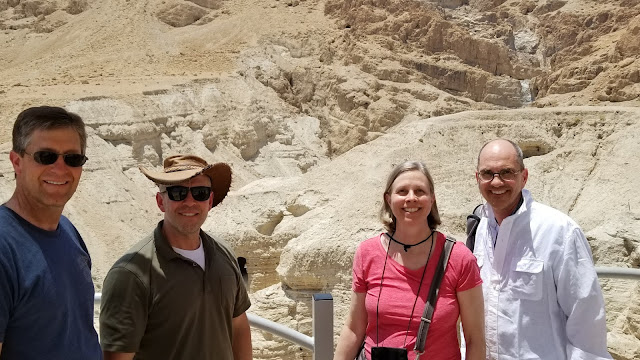 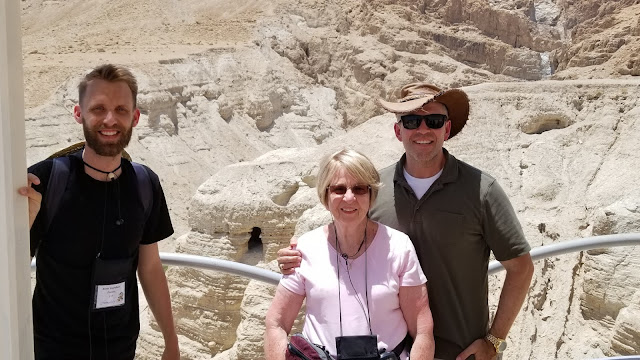 After Qumran, we drove back to Jericho for lunch at the Green Valley/Samar Cafe, which featured a local Palestinian dish of chicken on spicy pita. 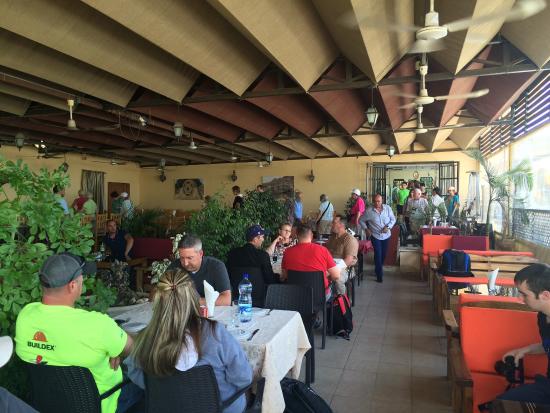 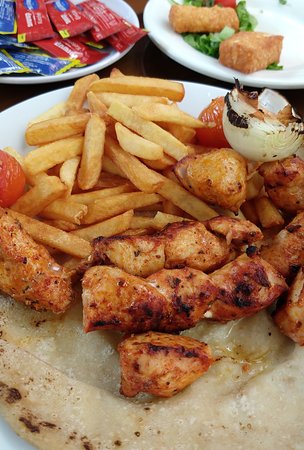 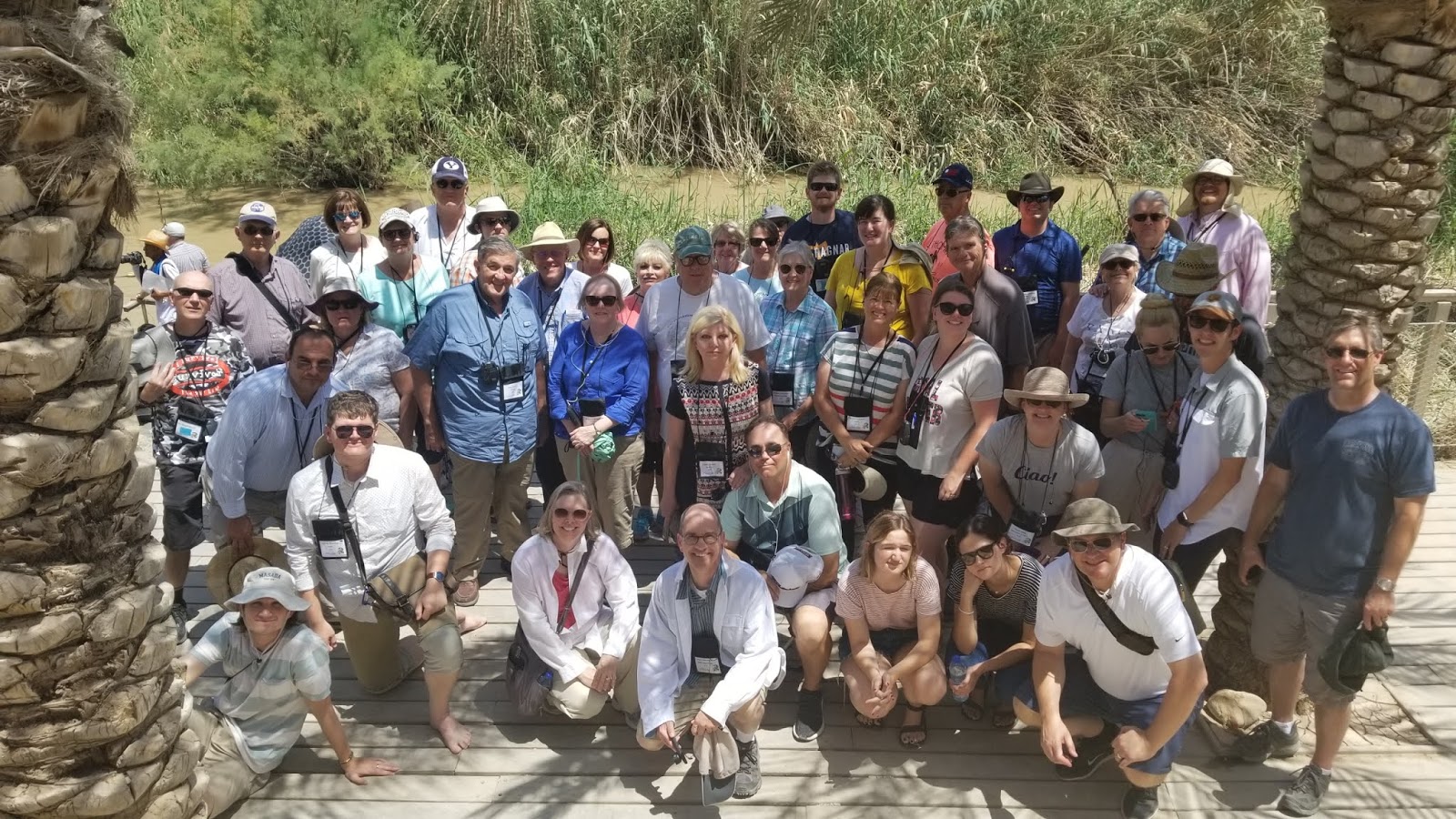 We then went to Qasr al-Yahud, the Israeli side of the traditional baptismal site, where we held a devotional where I talked about the connections of the site with nearby Gilgal, where Joshua and the Children of Israel crossed into the Promised Land, and the translation and ascension of Elijah. We then talked about baptism according to Mark 1, Matthew 3, Luke 3, and 2 Nephi 31 before singing “Baptism” from The Children’s Songbook, after which I offered a prayer. 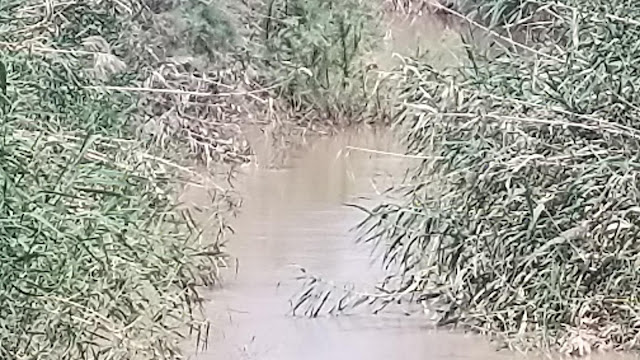 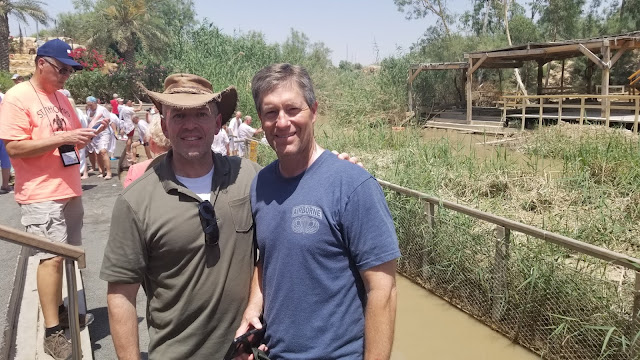 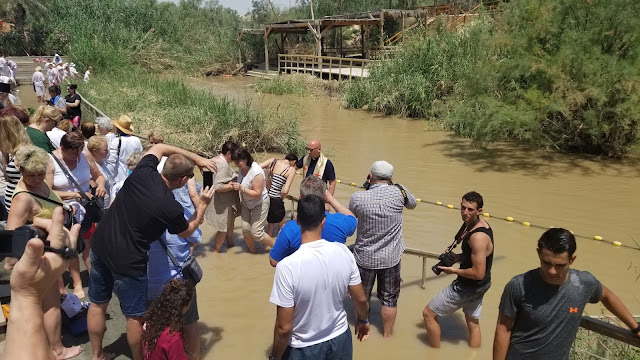 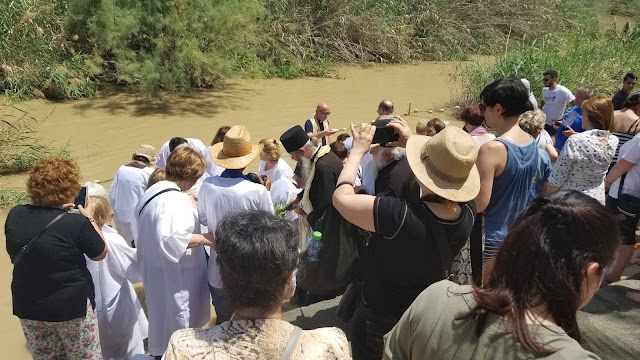 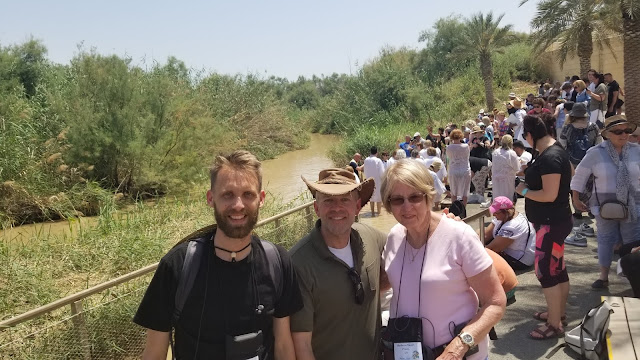 
We next took a swimming---or better, "floating"---break at the Dead Sea, which is the lowest place on earth. The water is so saline that one easily floats. 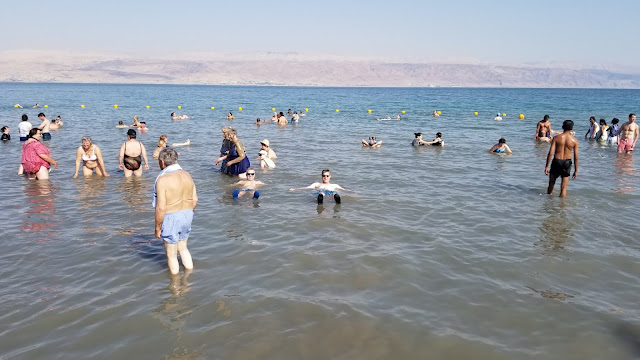 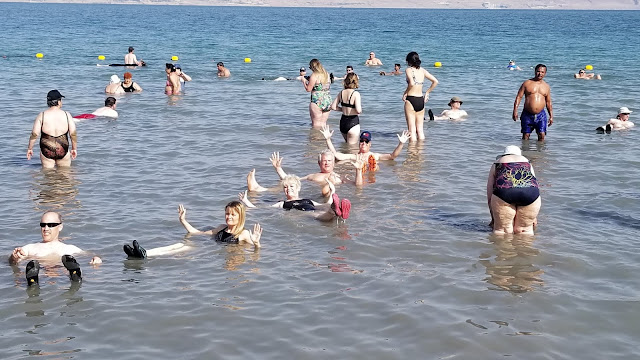 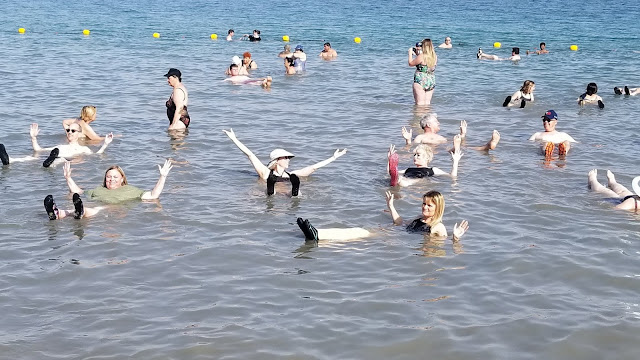 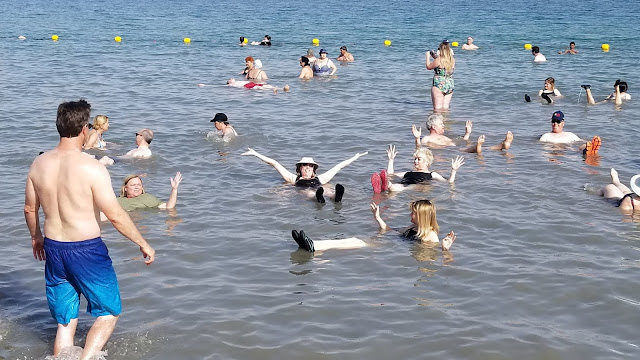