Sam in the (Old) City

The Old City of Jerusalem has been too chaotic for Samuel in the past.  We have always figured that with his Sensory Processing Disorder (SPD) he would find the crowds, the chaos, and the smells to much.  We have taken him to Bethlehem, Shepherds Field, Nazareth, elsewhere in Galilee, Gethsemane, and the Garden Tomb, but never the Old City itself.

Still, we did not want to be here a whole year and not give Sam Man the experience of being in the Old City, especially since the day may come when sites like the Church of the Holy Sepulchre may mean more to him.  So we prepped him, talking to him for a couple of days about our plans and then drove down and parked at the Mamilla Shopping Center, right across from Jaffa Gate where we could get in and out of the Old City as easily as possible. 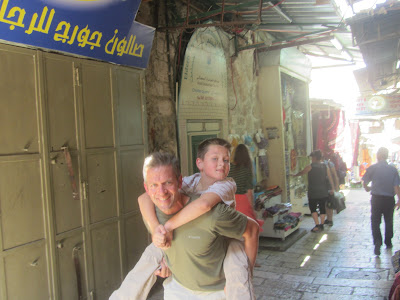 Everything went well until towards the end, when Samuel tired of climbing the steps of many of the narrow "ascents" in the Old City . . . which meant that on several occasions I got my "hundred pound backpack."  But except for those times when he insisted on being carried, he was a good sport.  We entered Jaffa Gate, got pictures there and at the Citadel of David and then took more pictures in the streets and shops of the Old City.

Samuel then visited the Church of the Holy Sepulchre, where he was interested in several of the altars with their candles and with the painting of Christ Pantocrator in the little dome over the Catholicon.  I was glad to show him the Rock of Golgotha, the probable spot of the crucifixion, though Skull Hill at the Garden Tomb still provides a better setting to imagine that event and the following resurrection. 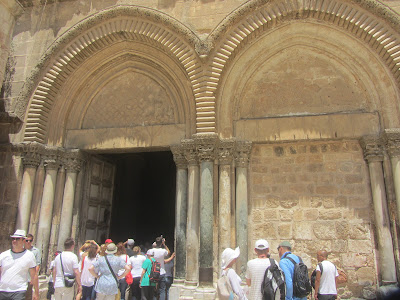 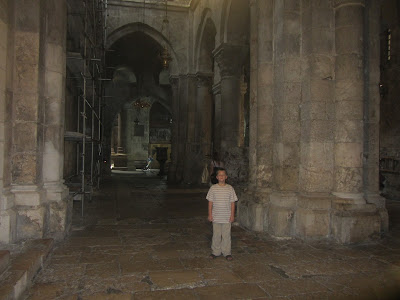 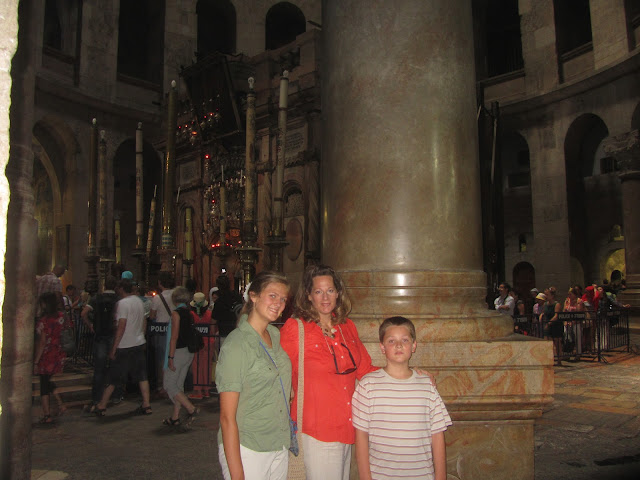 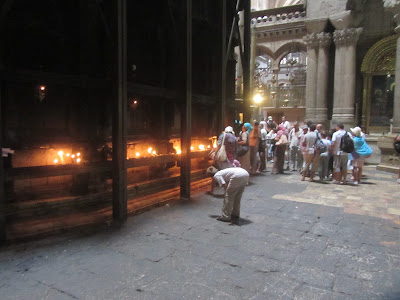 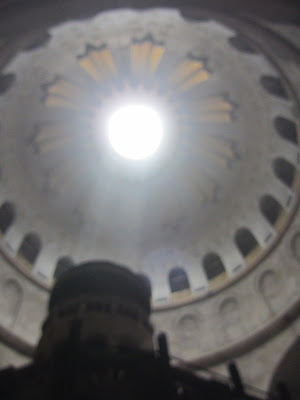 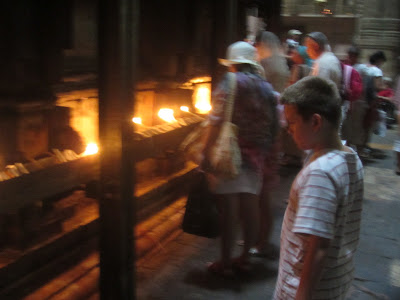 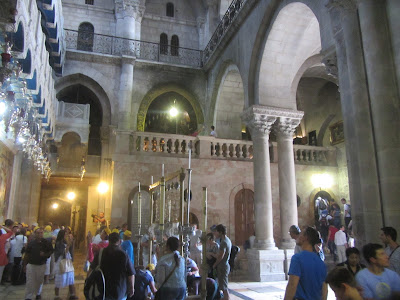 We took a break after that, sitting down at a small cafe in the Muristan to enjoy lunch and the surprisingly pleasant weather (even a bit of cloud cover today!). 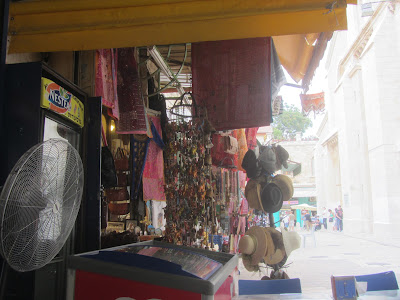 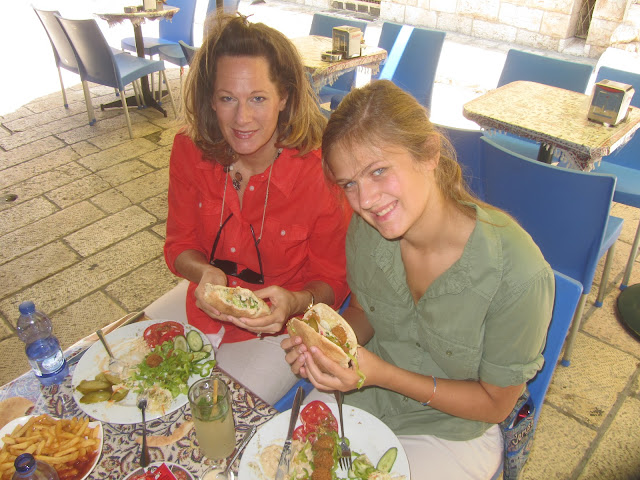 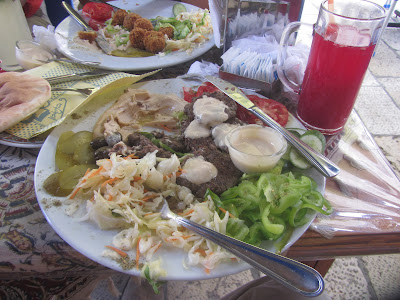 After that we went to the roof of the Austrian Hospice to get pictures of well-known landmarks.  After looking around at the roofs all around us, Samuel commented, "This is a really old town." 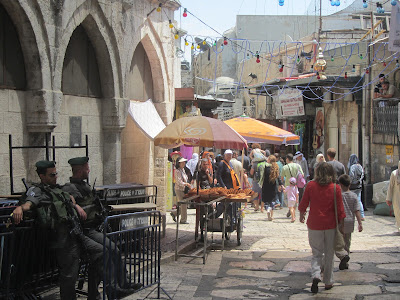 Walking back through the Christian Quarter, we menfolk hung out while the women did their final shopping for trinkets and gifts. 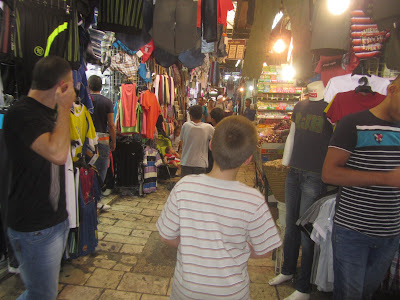 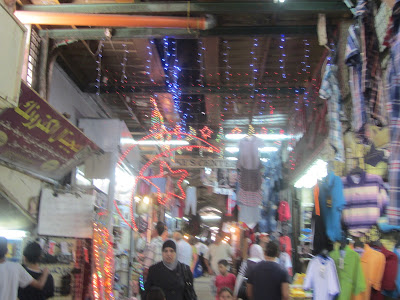 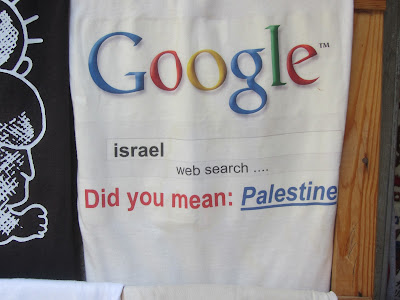 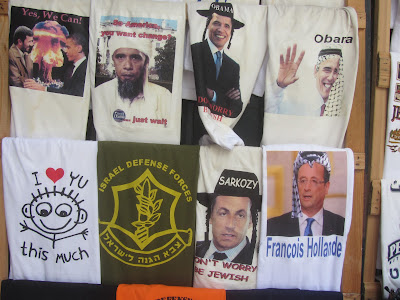 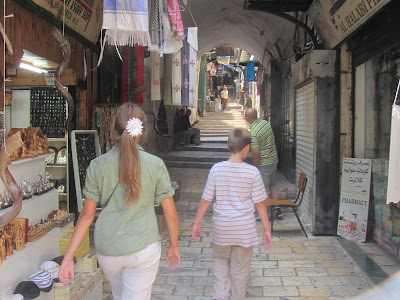 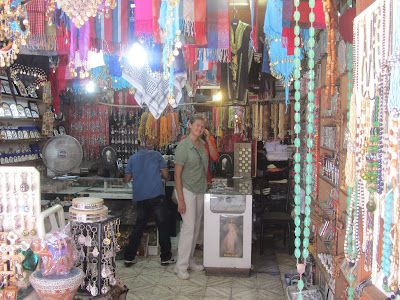 Leaving again through Jaffa Gate, we stopped for ice cream at the Mamilla Shopping Center. 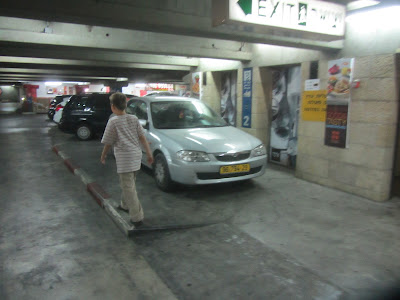 Our final stop was an overlook point at the Hebrew University, where we got some pictures of the city and of the BYU Jerusalem Center, which has been our home this past year. 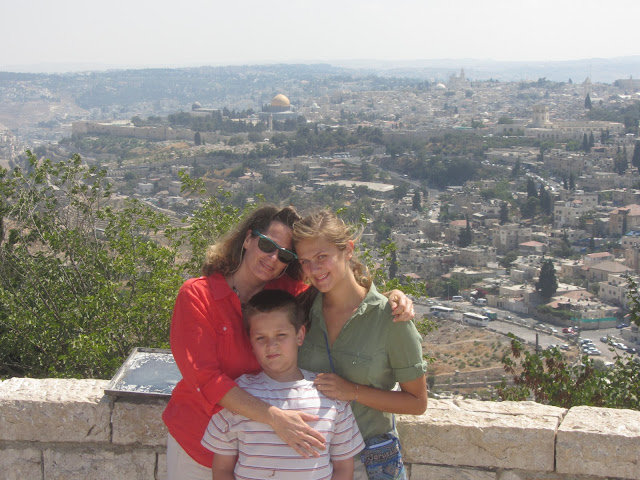 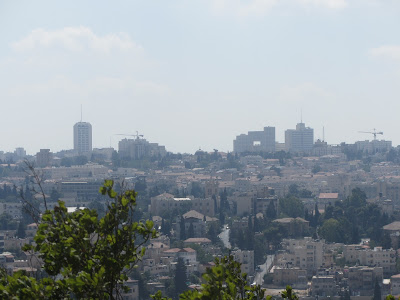 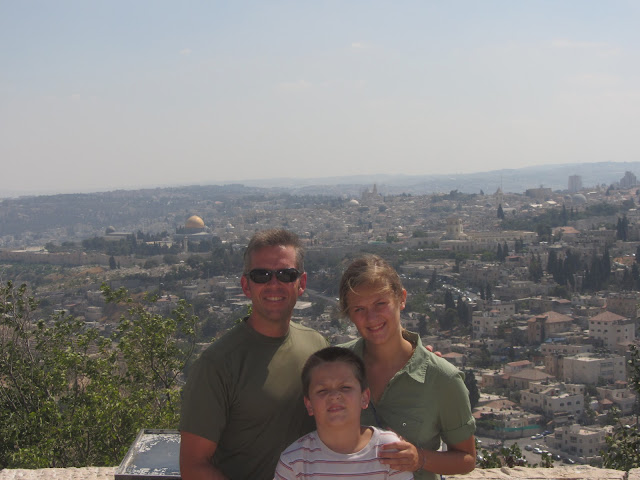